Franck Ribery is up for grans this summer, for 'one or two seasons' before he returns to Munich... 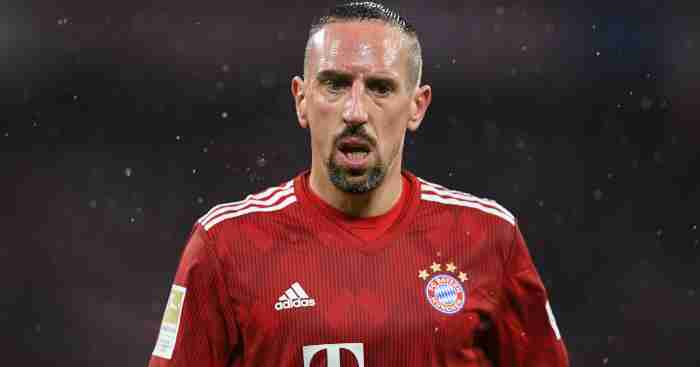 Franck Ribery insists he will play on for “one or two more years” upon leaving Bayern Munich this summer.

The former France winger confirmed at the weekend that he will bring down the curtain on a 12-year career at the Allianz Arena at the end of the season.

Ribery admits he is still unsure of his next destination but the 36-year-old is not yet thinking about retirement, when he will return to Bayern in some capacity.

“There are several options, but it is still a bit early to say what will happen next season,” he said.

“But there will be something, that’s for sure. I will play on for one or two more years, and then I will return 100 per cent to Munich.”