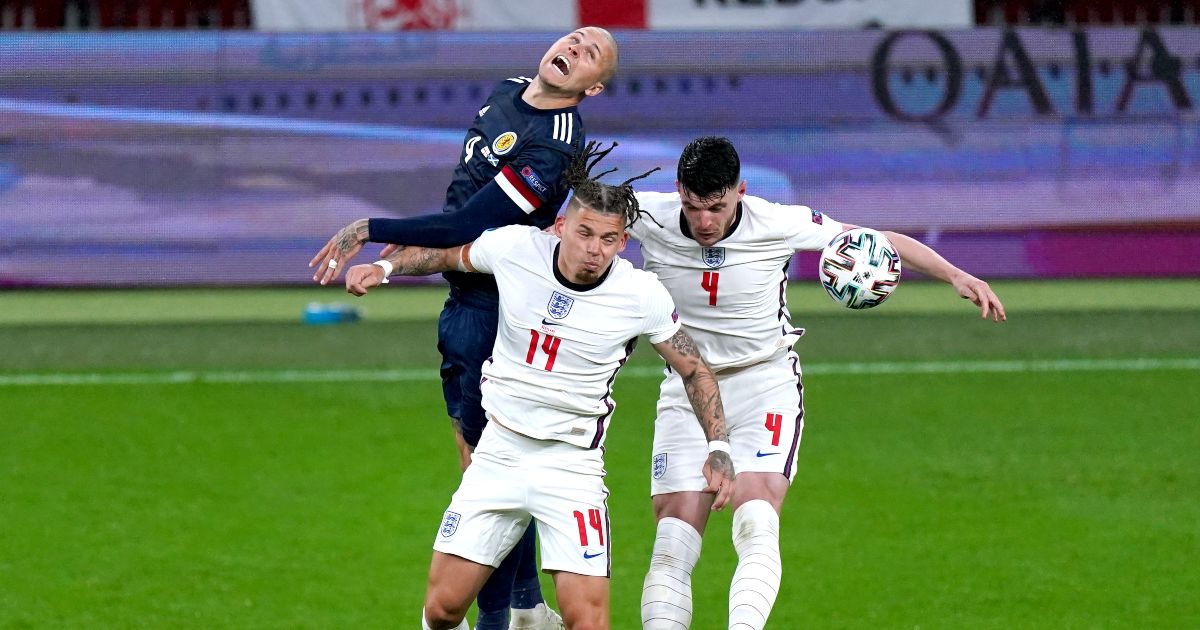 England persisted with Rice and Phillips for the full 90 minutes of a drab 0-0 draw with Scotland despite there being little forward motion in that midfield.

Phillips was particularly disappointing after he excelled in a slightly more advanced role against Croatia in the opening game of the tournament.

“Football ain’t coming home with that team,” Souness said on ITV to a chorus of approval across Scotland.

“At this level you need more football in the team. Scotland looked like a proper team but without that cutting edge.

“The players to a man were fabulous. I don’t accept England didn’t start right, Scotland were really good.

“England looked a disjointed outfit tonight, there was no cohesion, no purpose in their passing. I come back to Phillips and Rice that for me doesn’t work. They’re two peas out of the same pod.”

Meanwhile, Ian Wright declared himself ’embarrassed’ by England’s performance against Scotland while asking: “What’s he taken Foden off for?”

Phil Foden was substituted after 62 minutes despite being one of England’s rare bright sparks in a poor performance. He made way for Jack Grealish while Harry Kane and Raheem Sterling remained on the pitch.

Harry Kane faced the cameras after the game and said: “Credit to Scotland, they created a few chances themselves.

“It wasn’t our best performance but we dust ourselves down and look forward to the next game.

“[Surprised to be subbed?] No, it’s part of the game. The manager will make decisions best for the team.

“Sometimes you just have to take it for what it is. We have another big game in a few days.

“It was a tough game. Scotland defended really well, made great blocks at the right time.

“That’s football. No game is going to be easy. We have a big game against the Czechs in a few days.

“Obviously we want to finish top. We’re one step closer to qualifying and that’s what we want to do at the moment.”