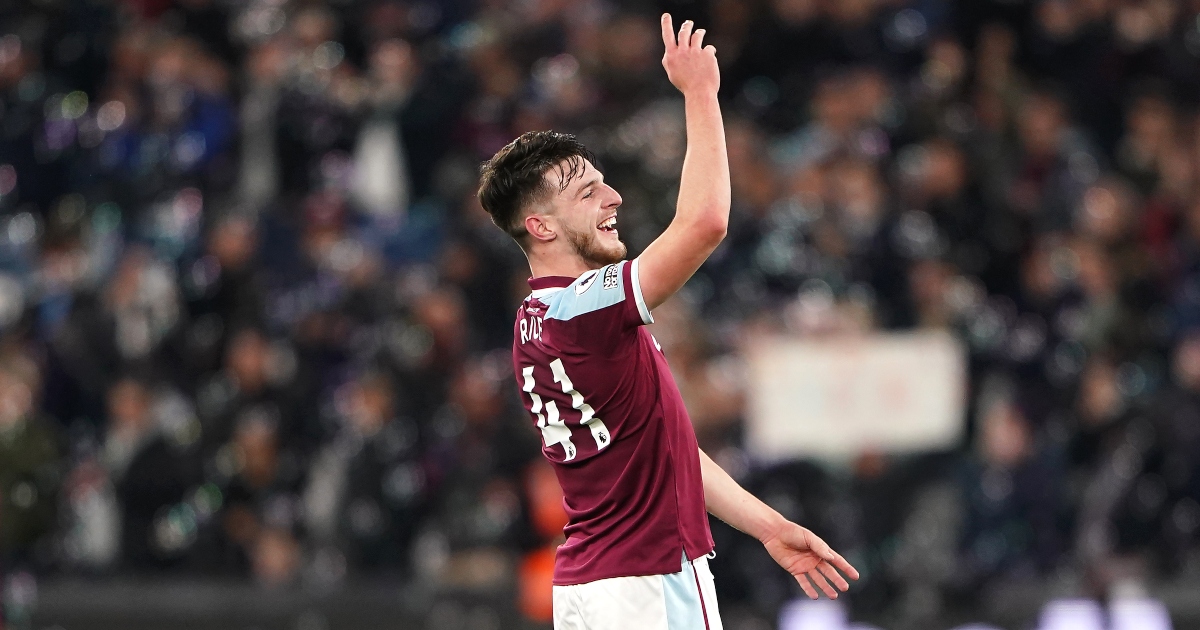 Trevor Sinclair has claimed that West Ham midfielder Declan Rice would be “better off” staying with the Hammers rather than moving to Manchester United.

Rice has been extremely impressive this season for David Moyes’ side, helping West Ham up to third in the Premier League on the back of beating Jurgen Klopp’s Liverpool 3-2.

Rice has been linked with move away from the London Stadium with Man Utd looking the most likely destination at present. United have problems in midfield with Ole Gunnar Solskjaer struggling to find the best combination from Scott McTominay, Fred, Paul Pogba and Nemanja Matic.

The England midfielder would help fill that void but the question remains to be seen whether Rice would make the move to United, who are currently six points behind West Ham.

Speaking on talkSPORT, Sinclair claimed: “I don’t think he’d move to Manchester United, I really don’t. If you look at both teams and both sets of players, he’s better off staying at West Ham for me.

“There’s a bit of glory there [Man United], obviously, because they’ve got 75,000 fans in the stadium, they’re supported throughout the world. But where have you got a better chance of picking up silverware?”

Sinclair then tipped Rice to move from one of his former clubs, to another.

West Ham’s desire to keep hold of Rice may be boosted by the news that Czech businessman Daniel Kretinsky has bought a 27% stake in the Hammers.

The billionaire said: “I am passionate about football. I greatly appreciate and respect the exceptional history and tradition of West Ham United as well as its loyal and passionate supporter base and also the highly inspiring role it plays in many social programmes and initiatives.

“The development and growth of the club in recent years has been clear for everyone to see and I am delighted to be part of what I believe is a very exciting future ahead.

“Having been to the London Stadium recently to watch David Moyes’ team, I know it is an incredible time to become part of the West Ham United family.

“I feel privileged to now have the opportunity to help everyone here build on the proud traditions of this great club.”