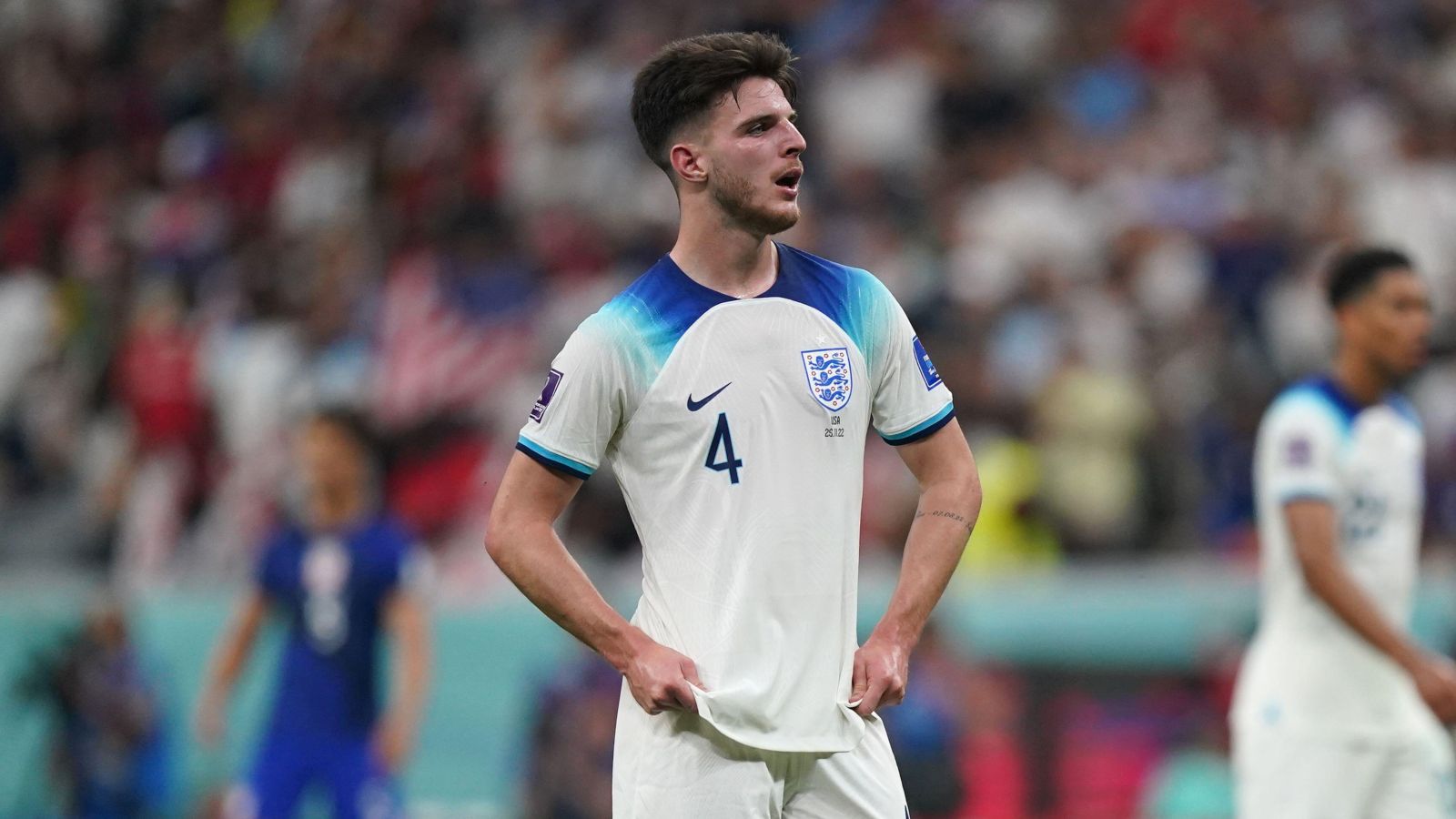 It has been predicted that Declan Rice “could leave in January” amid reports linking the West Ham and England star with Chelsea, Liverpool and Man Utd.

The midfielder is under contract at West Ham until 2024 but the Londoners do have the option to extend his deal by a further year.

Rice is one of the most sought-after players in the Premier League at the moment. West Ham were desperate to keep him in the summer so they set his price tag at £150m.

This worked a treat but it is now looking increasingly likely that Rice will move on in the coming months.

The Englishman is open to a big move elsewhere as he recently admitted that he wants to play in the Champions League.

“100 per cent I want to play in the Champions League,” Rice admitted.

“I’ve been playing consistently well for my club and I feel like I really want to keep pushing.

“I see my friends here, who are playing Champions League and for big trophies.

“You only get one career and at the end you want to look back at what you’ve won and the biggest games you’ve played in.”

Rice was with Chelsea as an academy player but he joined West Ham after being let go by the Blues. Graham Potter’s side are known to be big admirers of the centre-midfielder, though.

Liverpool have also been linked with Rice as they prepare to overhaul their midfield next year.

Man Utd meanwhile were touted as a possible destination for Rice before the recent summer window.

A recent report claimed that it will now cost clubs £70m to take Rice away from West Ham in January or the summer.

Now ex-England goalkeeper David James has suggested that Rice “could leave in January” if West Ham are satisfied with a bid from a rival.

“I don’t think West Ham would stand in his way if the opportunity arrives for him to join a Champions League competing team,” James told GGrecon.

“I’d like to think that he wouldn’t want to force himself out of West Ham. I believe it would come down to an open and realistic conversation.

“Theoretically, he could leave in January depending on how amazing a World Cup he has. If he’s to leave, then it has to be for market value. I can’t see West Ham selling him for less at all.

“When you have that talent, the idea of him joining somebody like Liverpool and playing in the Champions League means that you can look back at your career knowing that you’ve challenged for, and won major trophies.

“The fan in me just wants him to stay at West Ham for the rest of his career. The player side of me believes you need to maximise everything you can get from the game.”