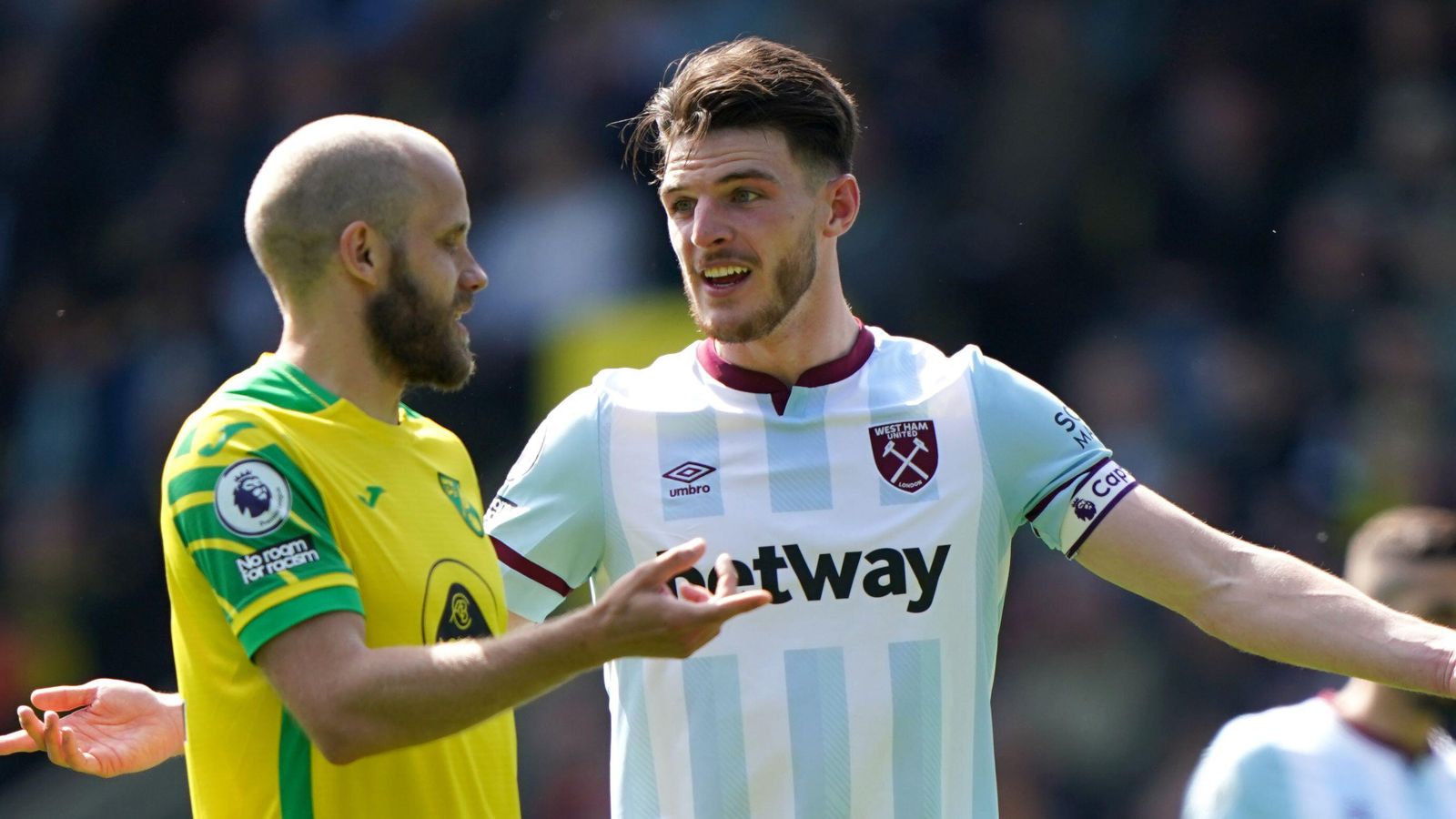 England midfielder Declan Rice has dropped hints at his West Ham United future amid reports linking him with their rivals Manchester United.

It was revealed earlier this month that the Red Devils are the side leading the chase to sign Rice. The Hammers reportedly value him at £100m.

This comes as no surprise given his phenomenal form for West Ham over the past couple of seasons.

Rice helped David Moyes’ side reach the semi-final stage of this season’s Europa League. They are also chasing down sixth-placed Man Utd.

The Hammers are three points behind Ralf Rangnick’s side with a game in hand.

The 22-year-old won the club’s Player of the Year award on Monday evening. After picking up the accolade, Rice insisted that West Ham are “ready” to qualify for Europe again:

“We’ve proved that we can play in big European games and our fans and our stadium have shown we can handle those big European nights, and that’s what we want more of,” Rice said. (via The Evening Standard).

“I’m proud of the lads because we’re not the biggest of squads, so to go week in, week out again and again and again, training and playing Thursdays and Sundays, away from home and away from families has been tough, but in the end, we’ve had a great year and we’re ready to go again.”

Rice went onto suggest that it will be “tough next year” at West Ham without Mark Noble, who retires at the end of the season:

“To be honest, when Nobes was up on stage earlier, I was getting emotional myself and I had to put my head away from the lads because I was starting to cry and getting upset,” Rice added.

“I can’t describe what he has done for me. From when I walked in at 16 to when I was in the first team, training and games, I can honestly say if he wasn’t here I wouldn’t have done as well as I have done, on an off the pitch.

“It’s going to be tough next year without him, but I know he’s only one call away and he’s not big time! It’s been an absolute honour to play with him.”