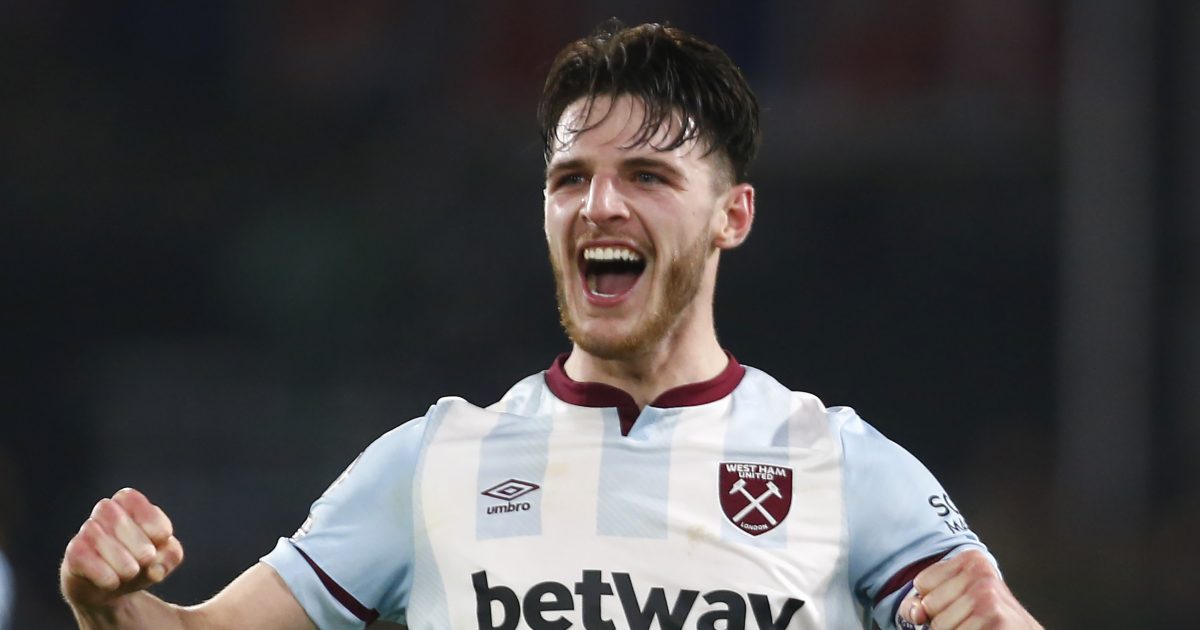 West Ham midfielder Declan Rice has admitted his desire to win the biggest trophies as speculation around his future continues.

Rice has played a key role in West Ham’s rise up the table in the last two years and has been linked with a big-money move this summer.

MEDIAWATCH: Liverpool questions and mistakes worth well over £200m

The England international, who is under contract at the Hammers until 2024 with the club having a year’s option, has reportedly attracted attention from the likes of Manchester United, Chelsea and Manchester City.

Rice says he does not listen to the “noise”, but reiterated his ambitions to win the top prizes, which could suggest his future lies away from the London Stadium.

“I have always said it, I don’t want to have a career where I’ve not won anything,” he told Gary Neville on the Overlap podcast.

“Growing up as a kid I’ve seen all these top players win the trophies, win the Premier League, the Champions League.

“If you haven’t got that ambition as a footballer why are you playing? They are the best moments of your life winning those trophies.

“I have thought about it before, what would those days be like lifting that trophy? The day of it, the night out after. I definitely want to have those experiences of winning trophies and being the best I can be.”

Asked if the speculation affects him, he added: “You constantly read stuff about myself, (Jarrod) Bowen, (Manuel) Lanzini.

“If you’re performing well and there are top clubs around there are always going to be people circling. But I never actually read too much into it or believe it until something happens.

“For me it is just noise and I have got to stay focused on what I have got to do at West Ham, which is perform week in, week out and be the best player because that’s what I want to be.”

Rice, who was released at Chelsea as a 14-year-old, revealed that he was almost let go by the Hammers as well after the coaches were undecided on him.

He was only handed a scholarship, while other players were given guaranteed professional contracts.

“It was always really tough for me at West Ham because they were actually going to release me as well at 16,” he said.