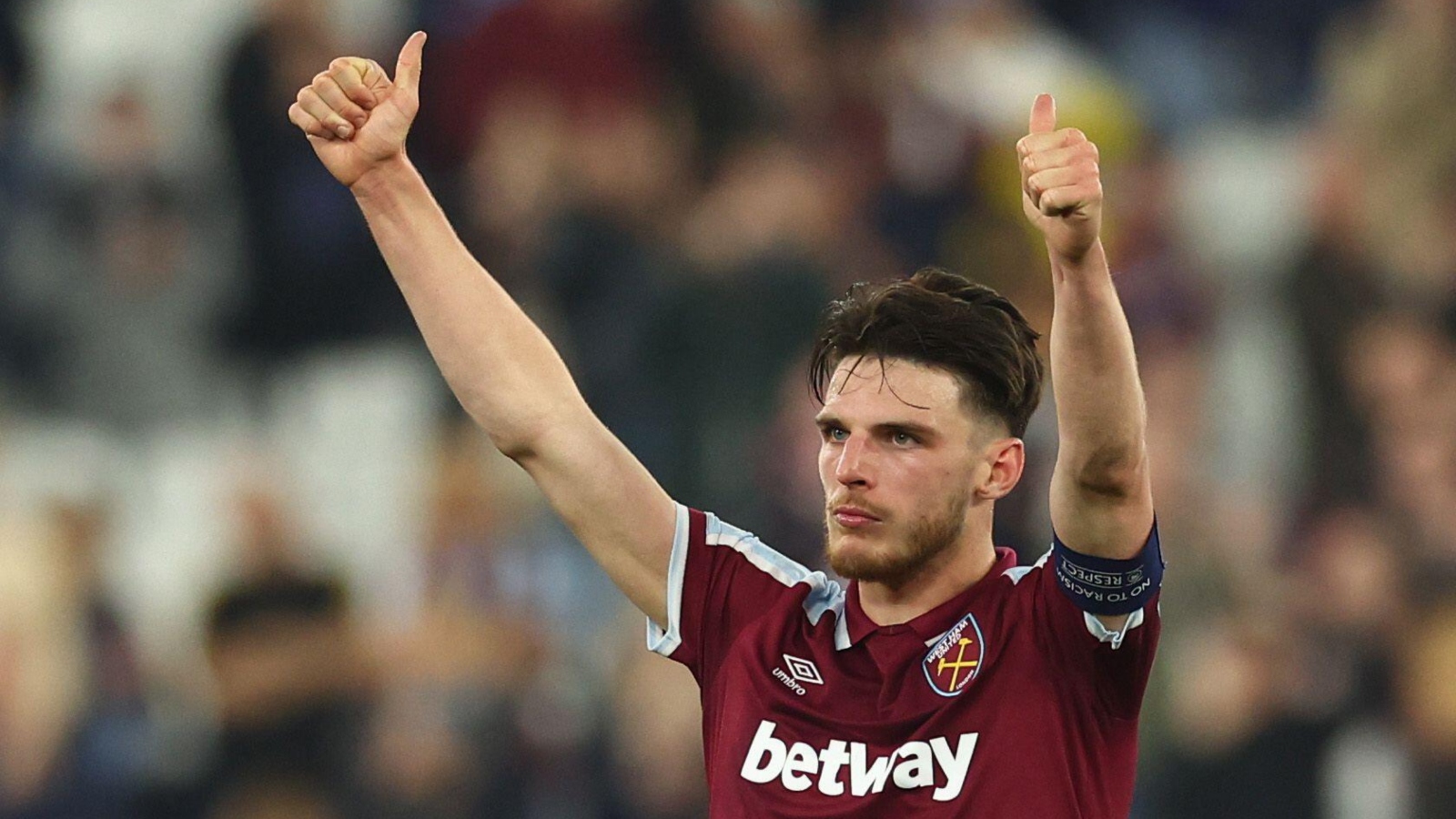 West Ham midfielder Declan Rice says his teammates ‘wind him up’ about his £150m transfer valuation amid reported interest from Man Utd and Chelsea.

Fabrizio Romano recently reported that the England international turned down a third contract offer from the Hammers and is open to a summer transfer.

He has been excellent for David Moyes’ side with the Scottish manager insisting Rice will cost at least £150m if he does leave the London Stadium.

The 23-year-old admits that the speculation is not surprising and is refusing to get carried away by the constant rumours about his future.

“To be honest with you I feel like playing well comes with speculation,” Rice told Sky Sports. “I’ve obviously had two, three top seasons with West Ham and top clubs around the country, they’re always going to be watching.

“It’s not just the same for me, it’s the same for every player. I think it’s important not to get too carried away with all that.

“We’ve had a good season here with West Ham. There’s been big games where we’ve had to play in, so my focus has always been on that. If I’d have thought about others things, I’d get carried away and that wouldn’t be fair on the team, or the manager.

“I can’t help speculation, even with the numbers that get spoken about, I get battered for it all the time on social media. I can’t help that. All I can help is going on the pitch and performing to the best I can.”

Rice also revealed that his West Ham teammates enjoy having banter at his expense, ‘winding him up’ about the eye-watering transfer fees being mentioned.

He added: “[The West Ham players] wind me up about it all the time. It’s crazy to speak about, to be honest. I kind of try to block it out, and do what I do best, which is play football.”

The Hammers are in Premier League action on Sunday when they take on Arsenal at the London Stadium.