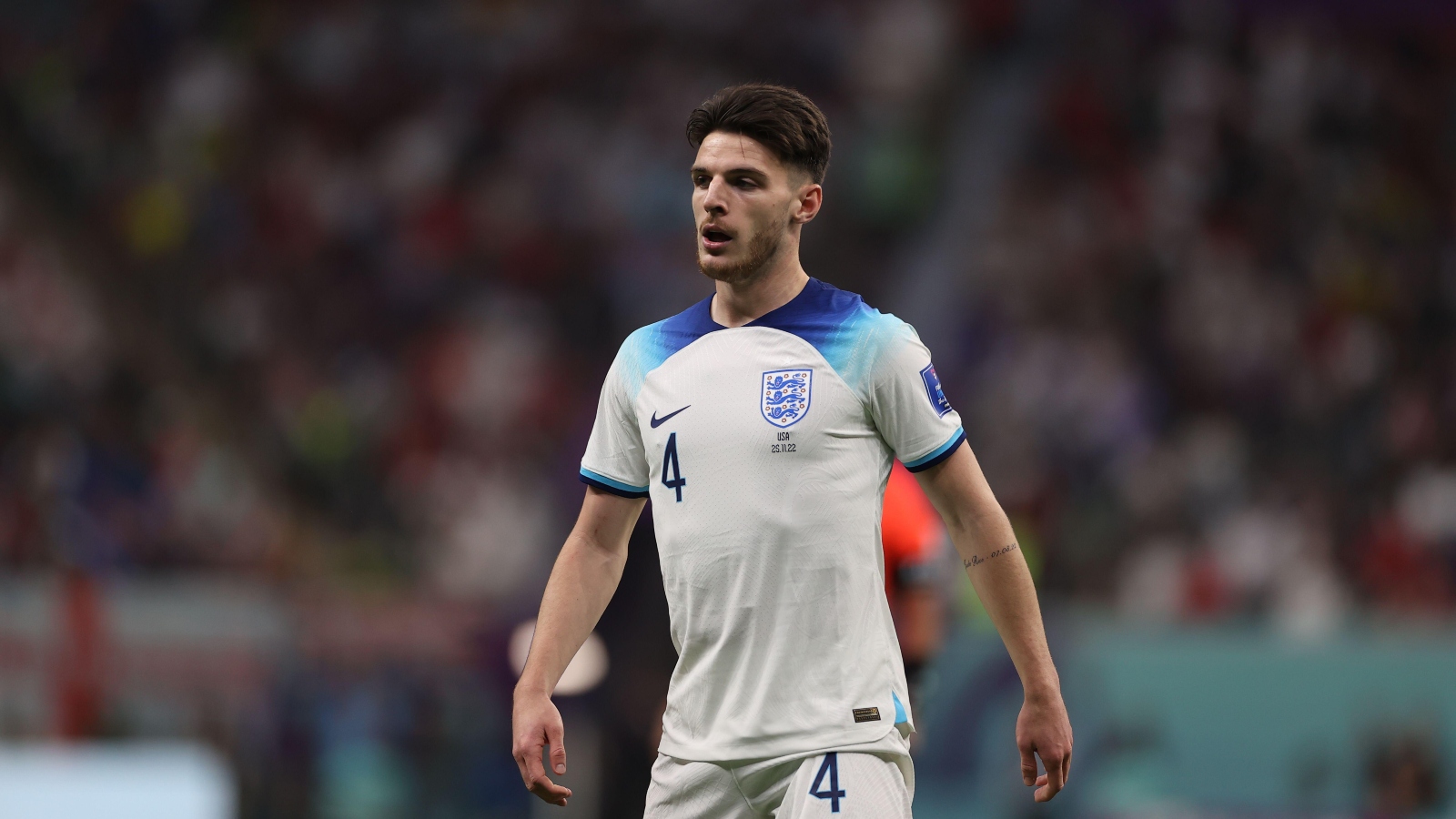 Declan Rice believes England’s squad is full of “world class” players who should spark fear into any team at the World Cup in Qatar.

Gareth Southgate’s side face Senegal in the last 16 on Sunday evening having progressed as winners of Group B.

While a goalless draw against the United States earned the England boss criticism from some quarters, the attacking intent in a 6-2 victory over Iran and a 3-0 win against Wales has caught the eye.

Marcus Rashford’s brace in the Wales game took him onto three in the tournament – level with the leaders in the race for the golden boot – while Bukayo Saka has two goals and both Phil Foden and Raheem Sterling have one apiece.

Captain Harry Kane is yet to get off the mark but has provided three assists and Southgate’s embarrassment of riches in attacking positions could prove the difference.

“It’s always nice to know you can bring players off the bench who can instantly change the game.

“Whether we’re drawing 0-0 and need a freshen up up front, or we need a change in legs in midfield, or even at the back, we’ve got players that are world class that can come on and change the game instantly.

“Throughout a World Cup you’re going to need that quality. So I think it ranks really high among other squads in the tournament.

“Why should we not be feared? I think other nations will always look at us and think about the quality we’ve got in the squad. If you look at our attacking players, there are world class, unbelievable talents across the board. Across the whole team.

While there will be fierce competition to earn a place in the starting line-up against Senegal, Rice believes it is a healthy battle.

“What’s so good about our group here is we’re all so supportive of each other,” he said.

“So it is probably a selection headache for the manager. Whoever he picks, I know everyone will be rooting for each other.

“It’s about a real team effort now. If you want to get to the end you’re going to need a full squad. We’ll be really supportive of whoever the manager picks.”

READ NOW: Raheem Sterling and the ‘data’ that proves he is actually sh*t for England