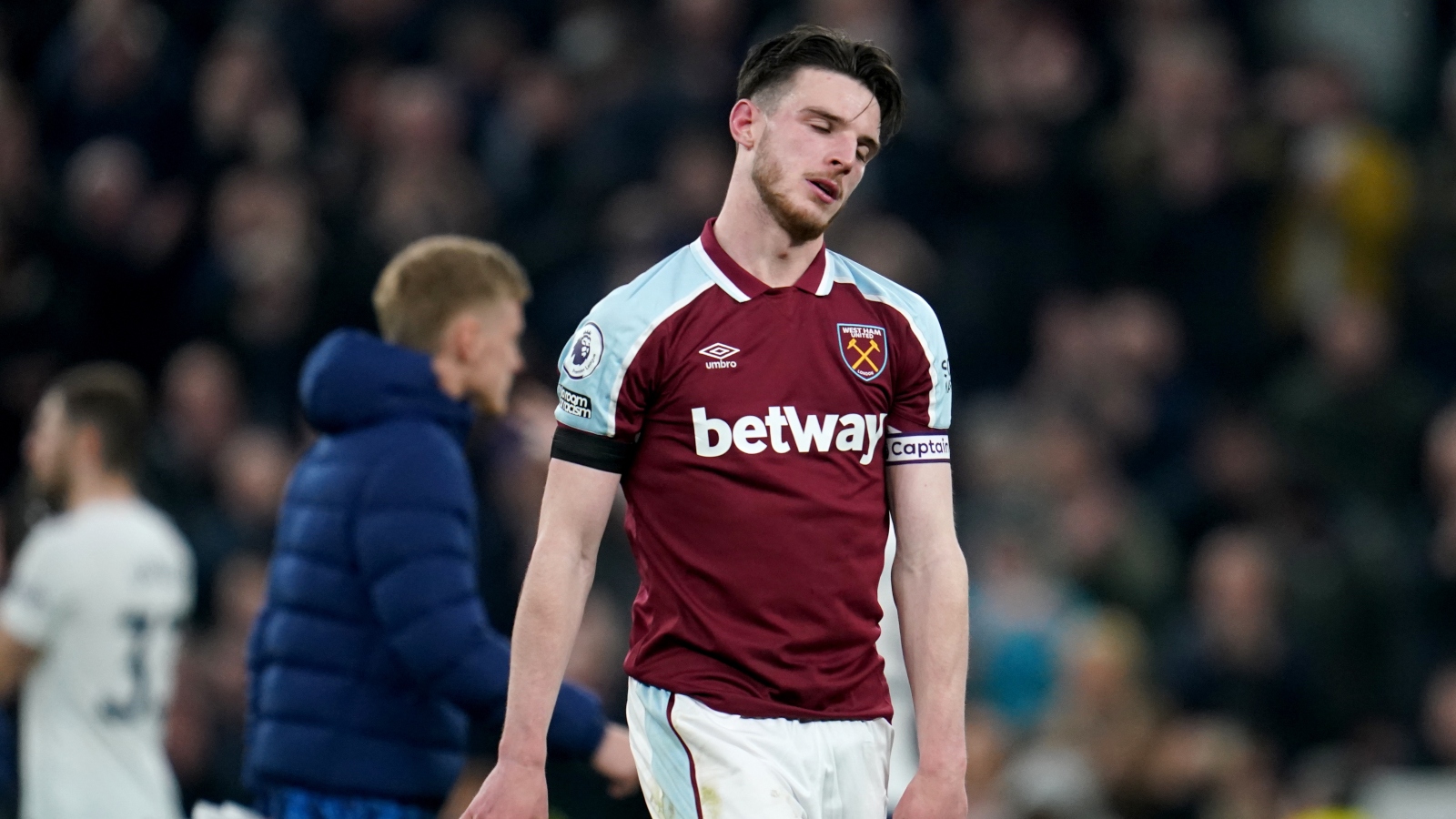 Ally McCoist thinks that West Ham midfielder Declan Rice is taking a risk if he decides to move to Man Utd in the summer transfer window.

Rice has become one of the best midfielders in the Premier League and has been in fine form again this campaign for the Hammers.

His performances have again impressed the Red Devils and Chelsea, with both Premier League clubs linked to a potential summer move for the England international.

Manchester United poll is a barometer of fan unhappiness and distrust

There’s speculation that Man Utd could make him their top target this summer but McCoist is not convinced that a transfer to Old Trafford would be wise for Rice.

“Is it his destination?” McCoist responded on talkSPORT after being asked whether Man Utd should be Rice’s next move. “Dear me… no.”

McCoist continued: “Do you know something, I think he’s probably one of these lads that, should West Ham be in the Champions League or they’d won the [Europa League] title, he’d be quite happy where he is.

“But he obviously wants to play at the top level and that’s the challenge. He’s playing internationally, obviously, in the England squad but I just think he’s got a better chance at doing it [playing regular Champions League football] at a club like Man City.

On a potential move to Man Utd, McCoist added: “Right now it has lost a certain amount of appeal, of course it has. If Man City come in for you, and Manchester United come in for you, there’s every chance you’re going to go to City.

“They’ve had as many caretaker managers as they have full time managers since Fergie [Alex Ferguson] left. Where’s the stability there?”

Meanwhile, Sky Sports pundit Paul Merson has told Rice to leave east London this summer and would be “surprised” if he’s still at the London Stadium next season.

Speaking in his Daily Star column, Merson said: “Declan Rice should strike while the iron’s hot and leave West Ham this summer. He’s taken his game to another level this season and is playing like N’Golo Kante now, affecting things at both ends of the pitch.

“I’d be surprised if Declan Rice is playing for West Ham next season. They have completely punched above their weight for months.

“Where could he go? Depends what happens at Chelsea and who buys the club. Manchester United would be a good move, but will they get in the Champions League? That’s where Rice wants to play.

“They play Tottenham this weekend and playing Spurs should always be a big game for West Ham but the Europa League game against Sevilla was a bigger one.

“West Ham have gone past Spurs, and to be honest I don’t know how Tottenham have allowed that to happen.

“You just hope West Ham don’t miss out on the Champions League by a point or two, because they will be kicking themselves. They will be wondering why they didn’t go out and get another striker in January.”