Home All The News Rice ‘unhappy’ West Ham price him out of exit amid Chelsea, Man U links 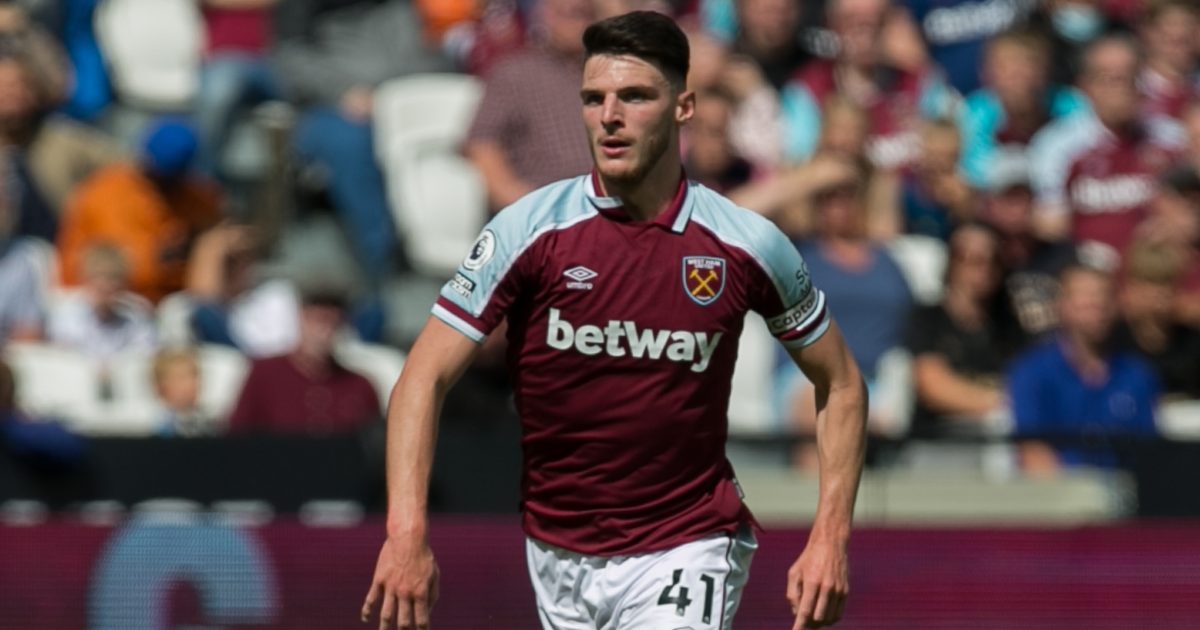 Declan Rice is “unhappy” that West Ham are asking for £100m for him as he sees it as them pricing him out of a potential move away, according to reports.

The midfielder shone for the Hammers last season as they finished sixth to secure a place in the Europa League.

Rice also impressed at Euro 2020 as England reached the final of the competition.

Chelsea and Manchester United have been linked with the 22-year-0ld in recent months.

The Telegraph have reported that Rice is “unhappy” that West Ham have set an asking price of around £100m for him.

The report states that Rice believes that the Hammers have “effectively priced him out of this summer’s transfer market.”

They add that the centre-midfielder “has no plans” to sign a new contract.

Glen Johnson has claimed that Rice would “suit this current Chelsea team” alongside N’Golo Kante:

“I think they can do with him because of the legs. He’s got a lot of energy, he charges around and he’s super passionate so I think he would suit the club.

“As long as he leaves the Hammers on good terms then they will still love him. I left West Ham on the right terms and my relationship with the Hammers fans is very good.

“I think he would suit this current Chelsea team. Imagine the legs of him and Kante! I’d like to see that for sure.”

Last month, West Ham legend Paulo Di Canio suggested that it is “no coincidence” that Rice is attracting interest from other clubs:

“He’s a fantastic guy because he’s a specialist in this position in midfield.

“Rice became the third central defender against Ukraine and he sorted out any problems, he’s a very, very good player.

“It’s no coincidence that in England you hear about Chelsea interest.

“To have Rice at this time in his career with the prospects that he can become one of the best in his position with his physical presence. He’s one of the best.”