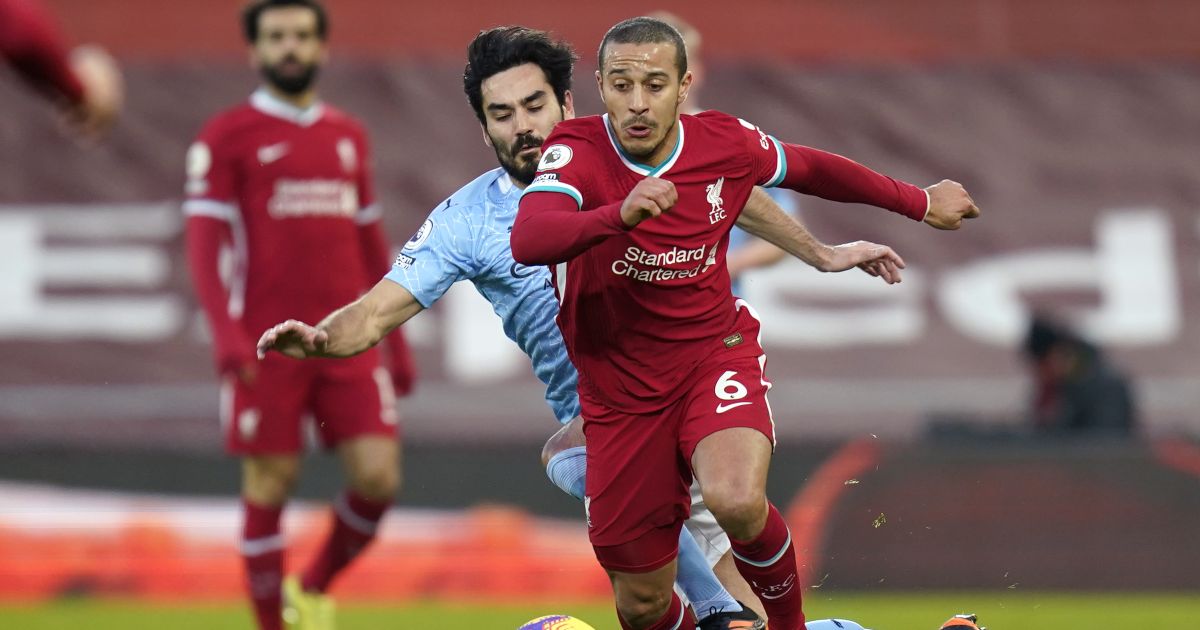 Richard Keys thinks Liverpool midfielder Thiago Alcantara is “in the wrong team” with the Reds struggling in recent matches.

The Liverpool midfielder has started just eight Premier League games in an injury-hit first season at Anfield, with the team drawing two and losing one of those games.

John Barnes recently accused Thiago of “slowing play down” to the detriment of the front three after their Premier League draw with Man Utd last month.

MAILBOX: Has Jurgen Klopp gone from believer to doubter?

And now Keys has claimed that Thiago is more of a “[Pep] Guardiola-type player” than a Jurgen Klopp one.

“Two, maybe three weeks ago, I said that Thiago is the wrong type for Liverpool,” Keys wrote on his own website.

“He slows things down. That’s not what Liverpool are. He’s a Guardiola-type player. I was pleased to see Didi Hamann agree with me. Thiago is obviously class, but he’s in the wrong team.”

However, John Aldridge did recently choose to defend Thiago, telling the Liverpool Echo: “Thiago has come in for some recent criticism after the draw with Manchester United and I find that very harsh.

“People questioning his role in the side if he suits Liverpool’s style. He’s only played three times in the league since he’s come back and it’s at a time when the front three aren’t clicking.

“You can’t put it on Thiago, no chance. He’s such a gifted player and so lovely to watch. No, I’m not having it. Assess him at the end of the season.”