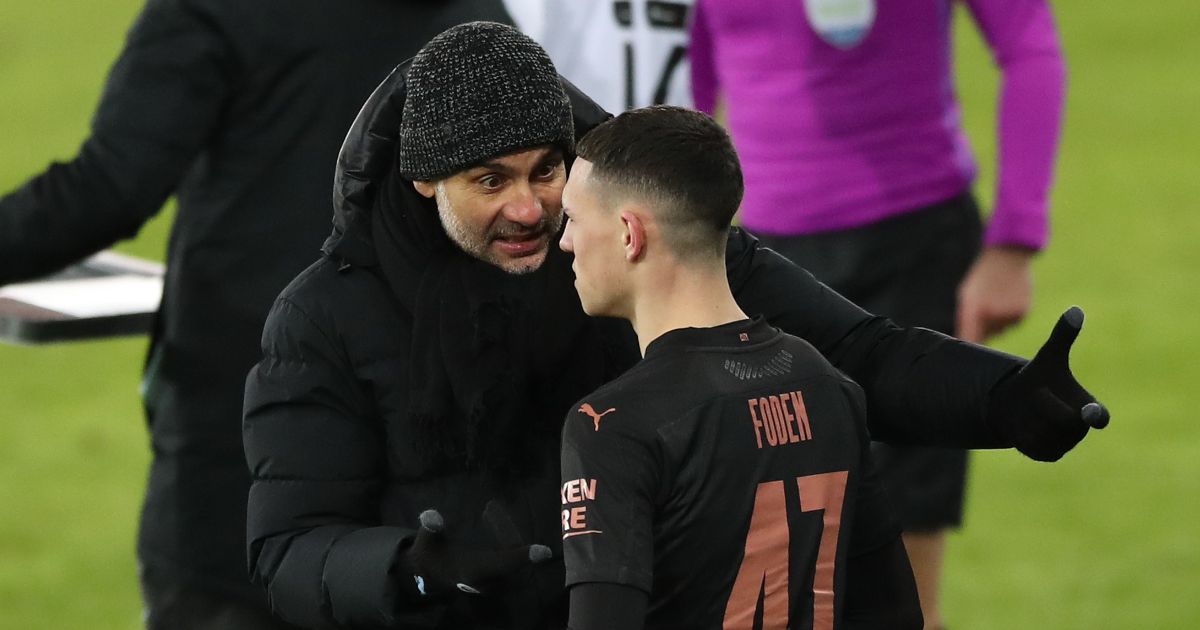 Foden has established himself as one of the most exciting young talents in world football under Guardiola.

Since the start of last season the City forward has notched 21 goals and 15 assists playing in a variety of positions under the Spaniard.

MEDIAWATCH: Experts have say on Rangnick v Ronaldo and Liverpool f**k it

But Richards believes the different positions he plays could “hamper his progression”, and is concerned for the England international’s future when Guardiola leaves the club.

Richards told the Match of the Day Top 10 podcast: “He just lights it up and it looks so easy for him.

“The only problem with Foden is, like now when we’re talking about positions and where he could play, and that could hamper his progression.

“You know what is going to be interesting for Foden, is when Pep leaves Man City, when a new manager, with new ideas, comes in, because Pep loves him and he said he wouldn’t sell him for anything.

“The new manager could change that.

“He is a great player, but he is great for the way that Man City want to play. We are talking about the Barcelona style of play.”

Meanwhile, Guardiola was left disappointed by City’s lack of rhythm in their 2-1 defeat to RB Leipzig on Tuesday.

“In the first half we lacked rhythm. We had problems to contact and they have a really good team – we knew from before the group stage,” Guardiola said.

“The second half was much, much better but unfortunately we made one or two mistakes and they punished us. We played better in the second half. We were more aggressive, we played to win the game and we lost. Congratulations to Leipzig.

“We made an incredible group stage, we qualified with one game left from a tough group. So I am more than satisfied with the performance in every single game. In February hopefully we can arrive in the best condition possible.”