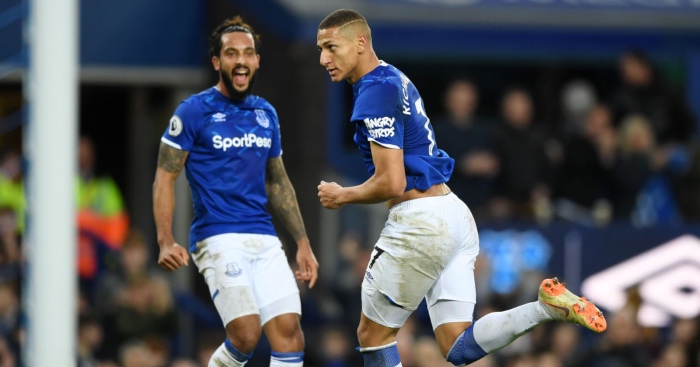 Everton striker Richarlison has explained why he rejected approaches from Manchester United and Barcelona.

The Brazilian has scored 12 goals across all competitions this season, and claims he has had a number of offer from some of the biggest European clubs around.

“There were lots of offers during the season,” Richarlison told Los Desimpedidos. “From Barcelona, from Manchester (United).

“But the club opted to keep me in the group and I didn’t want to leave in the middle of the season.

Former Toffees boss Marco Silva claimed United were keen on signing Richarlison even before their most recent attempt.

On interest from Barcelona, Richarlison added: “Of course you feel impacted, Barcelona is one of the greatest clubs in the world, but I think happiness plays its part as well.”

Meanwhile, Everton are gearing up to face Liverpool in the Merseyside derby, and Richarlison has added some extra bite to the clash by talking down Virgil van Dijk.