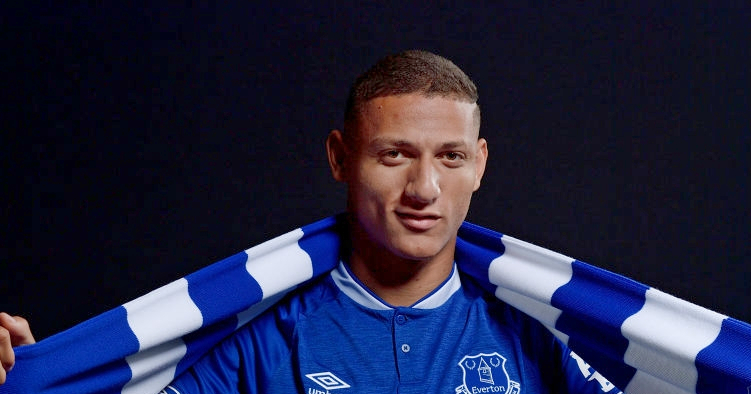 Everton have announced the signing of Richarlison from Watford on a five-year deal.

The 21-year-old Brazilian has joined the Toffees for a fee of £40million.

Richarlison becomes Everton’s first signing of the summer and reunites with manager Marco Silva, under whom he worked at Watford last season.

The Brazilian forward told evertontv: “I want to have a lot of success with Everton.

“I think it is going to be important for me here to be with Marco Silva again. I will learn more because I am still learning as a player and I aim to develop and grow here.

“Everton have put their faith in me and I intend to honour this shirt and demonstrate on the pitch why I came here.

“I’ve known the manager for a while, obviously, so I know how he works.

“I developed really well with him while he was with me at Watford. It was really good working with him and one day I believe he can help me to be selected for Brazil in the full national team.

“But that is for the future and my present is here with Everton. I want my dreams to become a reality here at one of the biggest clubs in England.”

Richarlison scored five times in his opening 12 Premier League matches last term but did not find the net again in a season that saw Watford sack Silva in January.

At the time the Hornets cited the destabilising effect of an approach by Everton, who originally wanted the Portuguese to replace Ronald Koeman.

The two clubs’ relationship has still not been fully restored but the fact they were willing to do business over Richarlison – on whom Watford are making almost a £30million profit in 12 months after buying him from Fluminense last summer – suggests things have improved.

Richarlison, who also produced four assists in the league last term, added: “I want to score more goals, provide more assists for my team-mates and help in whichever way is possible.

“Everyone in the world knows Everton. It is a very big club, one of the biggest in England as I said. I am really happy and honoured to be here.”