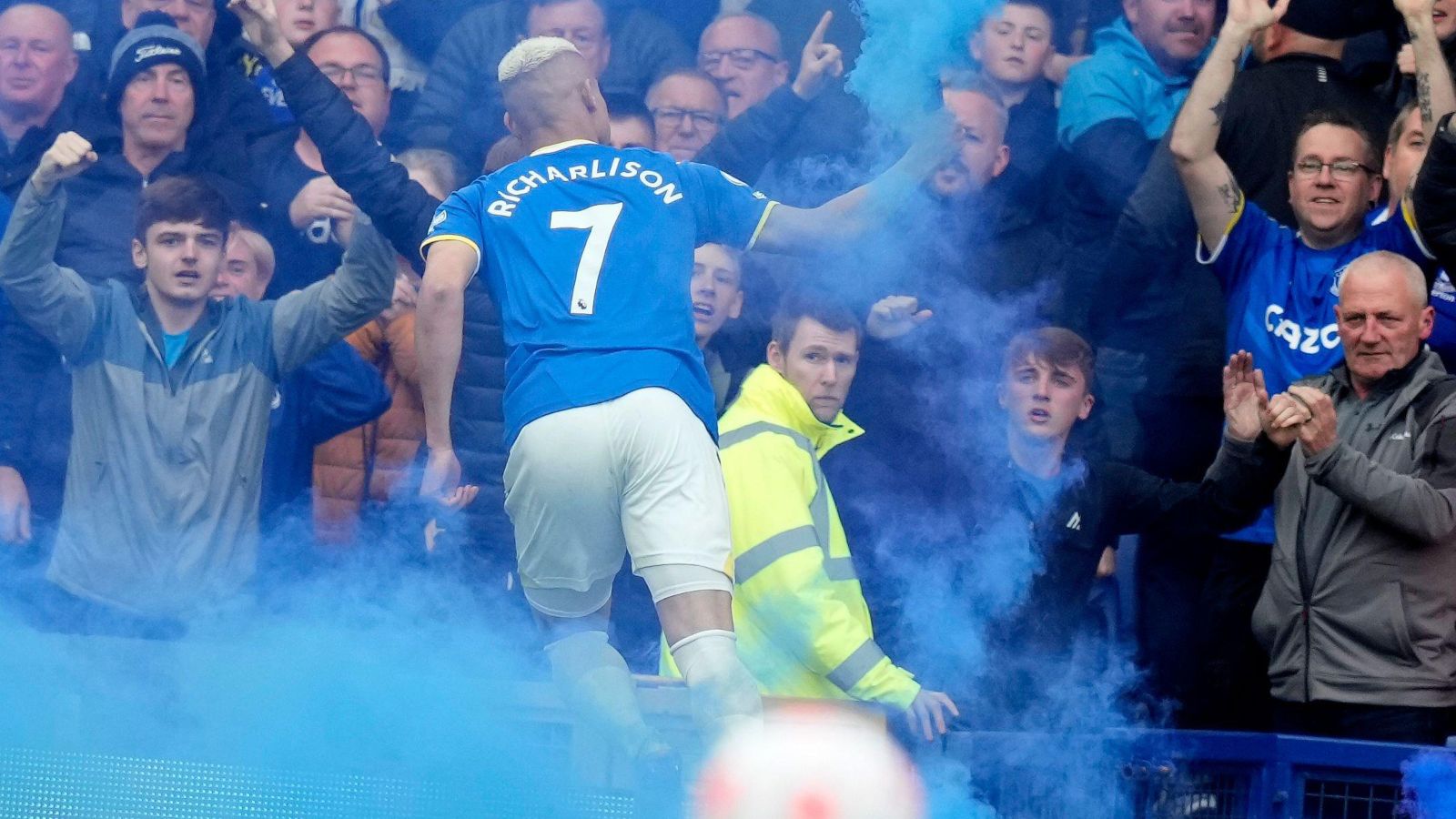 New Tottenham forward Richarlison has been suspended for one match after he celebrated a goal for his old club Everton last season by throwing a smoke flare.

The 25-year-old, who completed a £60million move to Spurs last week, scored the Toffees’ only goal in a 1-0 win at home to Chelsea on May 1 and reacted to the strike by picking up a flare which was lying on the pitch and throwing it into the stands at Goodison Park.

The Football Association announced on Tuesday he had been banned for one match and fined £25,000 after admitting to improper conduct.

An FA statement read: “An independent regulatory commission has suspended Richarlison de Andrade for one match and fined him £25,000 following a breach of FA Rule E3 that took place during a Premier League game on Sunday, May 1, 2022.

“The Tottenham Hotspur FC forward admitted his conduct while playing for Everton during the 46th minute of this game against Chelsea FC was improper, and his sanction was imposed during a subsequent hearing.”

Richarlison was charged by the FA on June 1.

Meanwhile, Tony Cascarino recently claimed that Tottenham have overpaid to Everton for Richarlison. Cascarino said: “I don’t envisage him in the starting eleven. So that’s a problem in itself.

“If you had said to me what you would price him at, I would have said between max £40 million and closer to £30 million.

“I just see a player that goes down too easily, he would upset a lot of Everton fans because he does go to ground and he does it very regularly in the game.

“I don’t know if he’s a good fit for Spurs. I might be wrong, I might be sitting at the end of the season eating humble pie saying that I got it totally wrong. But I don’t see it with Richarlison, and I think that’s a huge fee.”