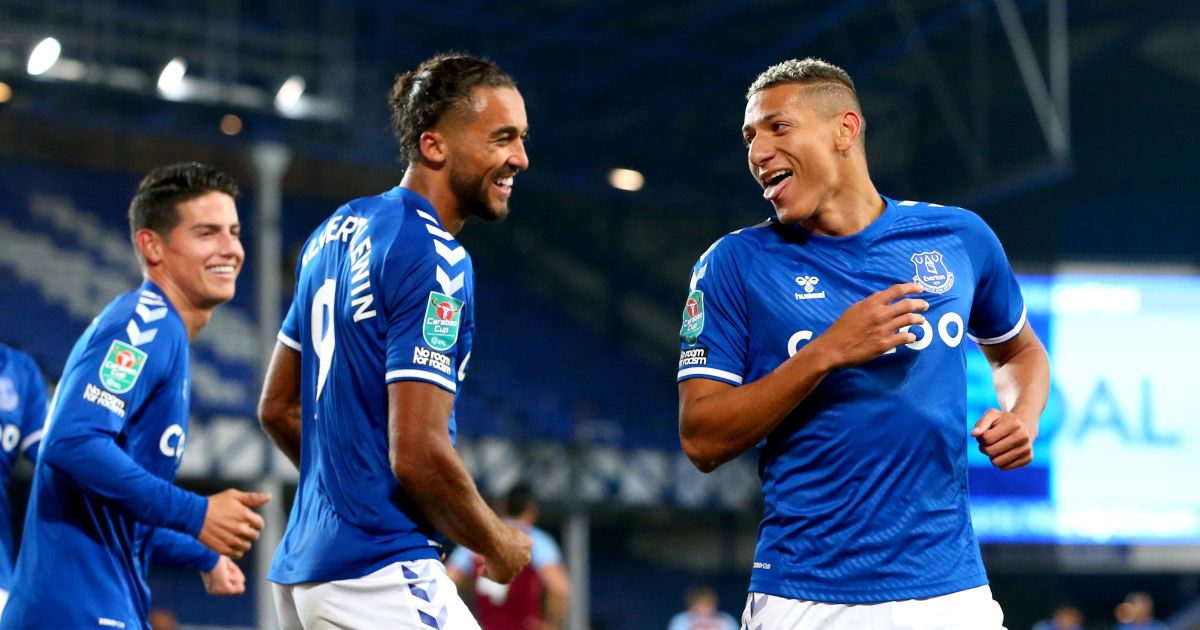 The futures of Everton duo Richarlison and James Rodriguez are now uncertain following the departure of Carlo Ancelotti, according to reports.

Ancelotti, who joined Everton on a four-and-a-half-year contract in December 2019, replaced Zinedine Zidane at Real Madrid earlier this week.

The 61-year-old Italian, who previously managed Real between 2013 and 2015, guiding the club to a 10th European title, has agreed a three-year contract.

Ancelotti guided Everton to a 10th-placed finish last season and now leaves them looking for a sixth permanent boss in five years.

David Moyes has already been linked with a return to Goodison Park, while former Chelsea boss Maurizio Sarri and ex-Wolves coach Nuno Espirito Santo have also been mooted.

And Everton now have a number of unhappy players on their hands with The Athletic claiming ‘some big-name players will now also contemplate their own futures at the club in light of these developments.’

The majority of the squad heard the news of Ancelotti’s departure while on holiday and it was greeted with ‘shock and complete surprise’ by the players.

Richarlison, who was the subject of a £85m bid from Barcelona last year, could now consider his future, while Rodriguez, who joined Everton for £12m from Real Madrid last summer, is in the same boat.

‘One first-team regular called it “crazy” and said it was a “good move for him”, but most of the players were “gutted”, according to someone close to them, and others felt disappointed.

‘Richarlison was understood to be one of those who took the news badly, prompting fresh soul-searching from the forward and his camp about his future. Last summer, Richarlison told Brazilian media it had been talking to Ancelotti that persuaded him to “hold on for another season” at Everton, and the departure of the man who made him believe he could fulfil his ambitions on Merseyside has come as a blow.

‘The future of James Rodriguez, who effectively agreed his move to Goodison Park last September based purely on Ancelotti’s leadership having played for him at Real Madrid and Bayern Munich, is also now in doubt.’

On leaving Everton, Ancelotti said: “I would like to thank the board of directors, the players, and the Evertonians for the tremendous support they have all given me during my time at the club.