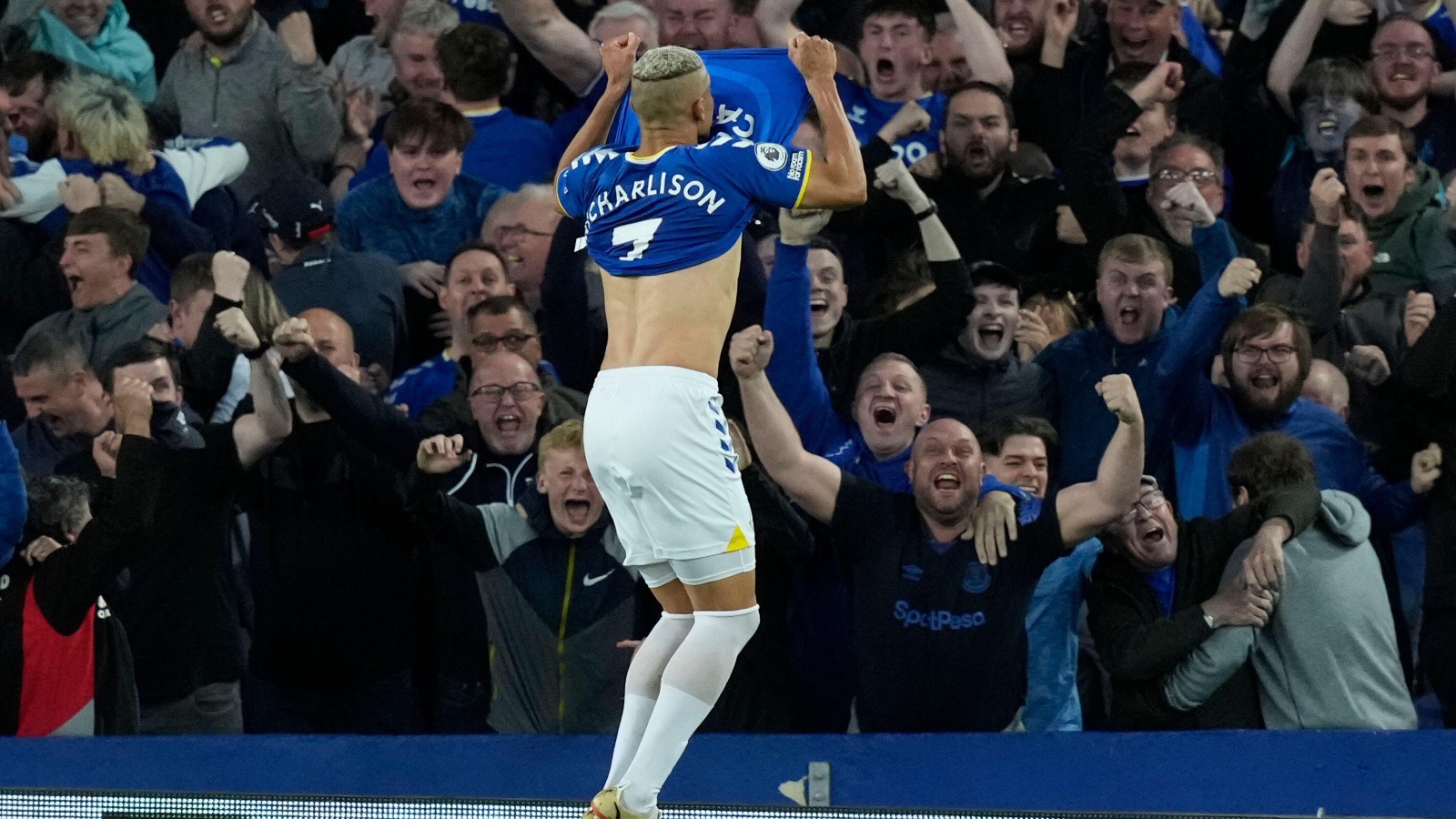 The Toffees will play in the top flight for a 69th consecutive campaign – only Arsenal currently have a longer run with their 97th campaign coming up – after their 3-2 comeback win over Palace.

READ MORE: Everton summon up all their reserves to preserve a 69th top-flight season

Having struggled all season to be in the situation where they were two matches away from potentially losing their long stay in England’s highest division, Frank Lampard’s players made even more hard work of it in their final home game.

Poor defending allowed Jean-Philippe Mateta and Jordan Ayew both to score inside 36 minutes but a rousing second-half performance saw Michael Keane and Richarlison get the hosts back on level terms before Dominic Calvert-Lewin’s header five minutes from time prompted the first of two joyous mass pitch invasions.

After the game, amid raucous celebrations on the Goodison Park pitch, Richarlison took to Twitter to have a go at Carragher.

‘Wash your mouth before you talk about me and Everton and I don’t respect you,’ he wrote, accompanying his message with a poo emoji.

Richarlison was clearly not happy with Carragher’s criticism of the striker in the recent 1-0 win over Chelsea, when the former Liverpool defender accused him of going down too easily on air, before doubling down on Twitter.

‘Talking about Richarlison going down is nothing to do with bias.

‘Every EFC game I do he goes down 3/ times like he’s got a big injury then just gets up! It’s not about getting a penalty or a foul but pretending he’s hurt when he’s not.’

Speaking after the game, Everton boss Frank Lampard admitted it was a huge achievement to keep the Toffees up.

“But what it means to the club and circumstances they were given in. The character of this club, the fans, players, just got us through. The spirit of the club was immense.

“There are a lot of people who work so hard for that, the players, the board, the fans, my staff.