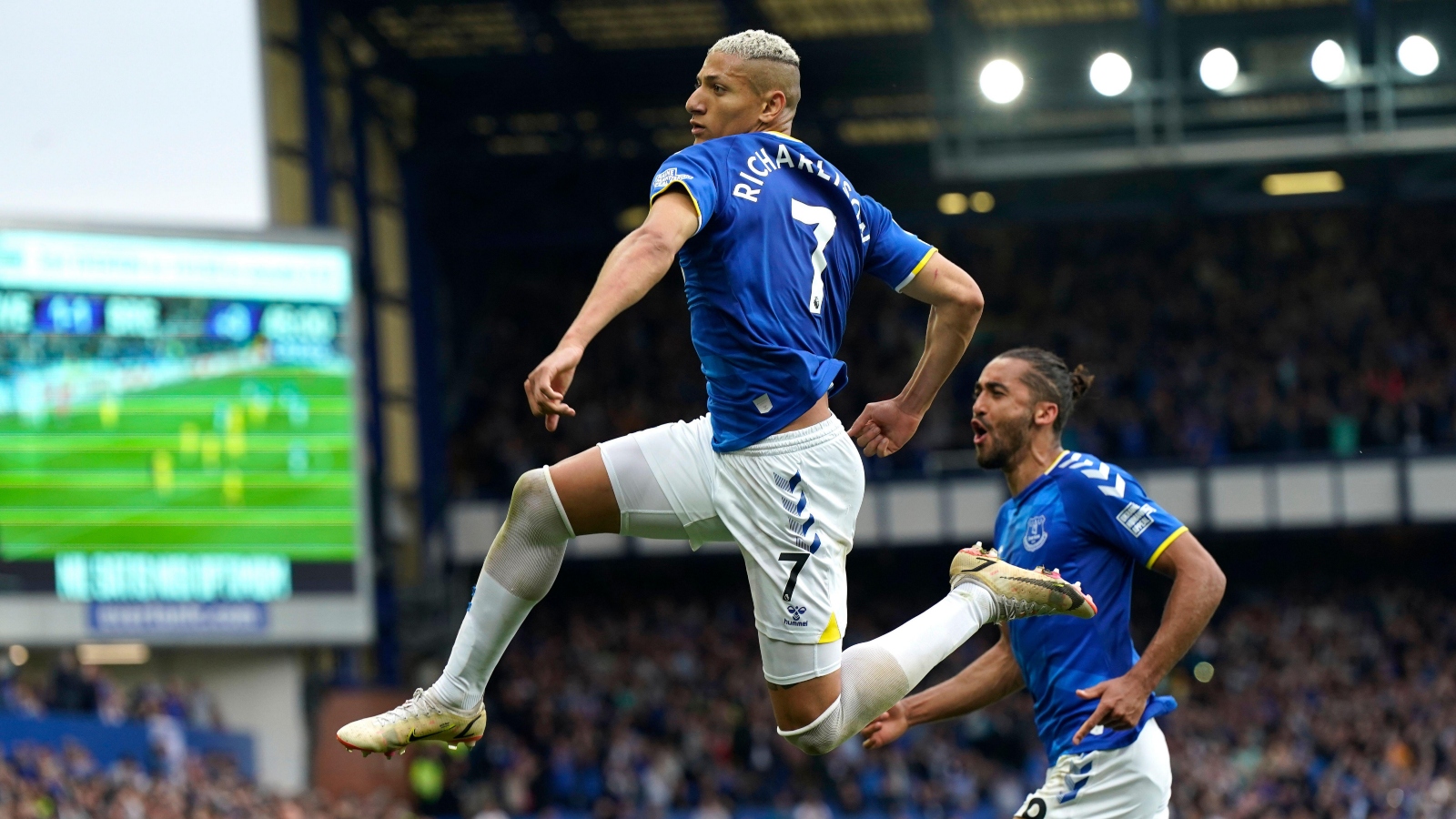 Brazilian striker Richarlison has reportedly told Everton he wants to leave the club, with Chelsea among three sides he would like to join this summer.

The 25-year-old has been linked with a move away from Goodison Park for the last two seasons, with Paris Saint-Germain thought to have been interested for some time.

Having played a pivotal role in keeping the Toffees in the Premier League, Richarlison spoke out on his future at the end of the season.

He said: “I’ve already made it clear to the board. I’ve already talked to Frank Lampard too, with my agents and they know what I want. Let’s wait for June.

And now The Sun have confirmed the forward has told Everton he wants to leave, with Chelsea and Real Madrid joining PSG ‘in his sights’ as possible destinations.

It’s thought Richarlison, who arrived for £50m from Watford four seasons ago and has two years remaining on his current deal, would command a fee of around £65m.

The report claims that Richarlison – who was recently involved in a training ground bust-up with Vinicius Jr – has told Lampard of his desire to leave for pastures new.

It’s unlikely Everton will stand in his way as they look to slash the wage bill having narrowly avoided a charge for breaking financial fair play rules.

But it will be a blow for Lampard, who is focused on making his squad “stronger and more balanced” this summer.

“It has obviously been second on the list of priorities because we had to get this (avoiding relegation) done,” Lampard said.

“I didn’t have a pre-season and now I and my staff do. Can we make the squad stronger and more balanced? I believe we can, and there will be things we will look at and it is important that we look at them quickly.

“We have Kevin Thelwell (the new director of football) now, we have the board who are interested in getting the best out of the club.

“We don’t want to be here next season, but we understand if we don’t make positive moves it could be possible, so we will be ready to move on that quickly.”