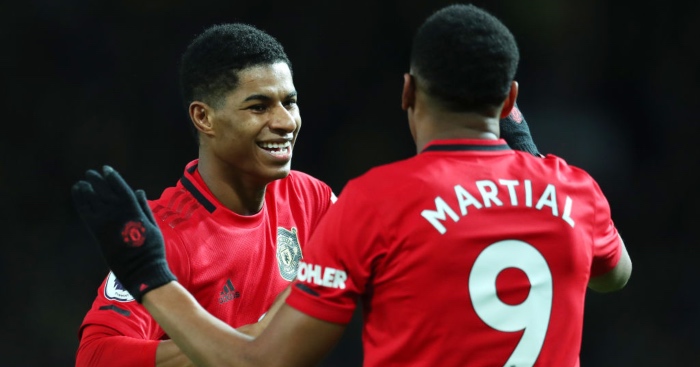 Jade-Jones has attracted the interest of a number of Premier League clubs, with Tottenham having a reported £1.75m bid rejected in November.

It has been claimed that Peterborough will hold out for closer to £10m for the striker, who has scored four goals in 16 appearances this season.

Signing him could make particular sense for Liverpool, who have already distanced themselves from expensive purchases in the next transfer window and could follow the blueprint they laid out last summer in bringing in teenagers Harvey Elliott and Sepp van den Berg for nominal sums.

“As a 17-year old hearing that is really nice,” Jade-Jones told Sky Sports of the admiring looks from top-flight clubs.

“I’m in a good position right now and I’m enjoying football so it doesn’t distract me. It just gives me more motivation to show everyone what I can do.

Asked which player he looks up to, Jade-Jones offered a flicker of hope to United with his answer.

“Marcus Rashford because the way he broke into the team was similar to me and my upbringing,” he said. “I watch Rashford a lot and learn from him.

“I look at teams like Leicester and players like Jamie Vardy. I think I’m suited to [being] a Vardy-type of player.

“I’ve had a few defenders say they don’t like playing against me and that’s always nice to hear at a young age.

“Ever since U12s I had a coach who used to train me to get faster because my running technique wasn’t the best. Over the years I’ve gradually got faster.”