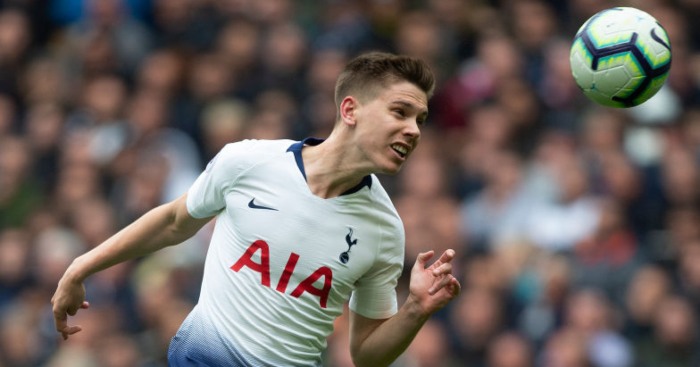 What a spectacle Tottenham’s full-backs once were. 2015/2017 would have been the vintage, when Kyle Walker and Danny Rose used to power up and down the outside rails. Together, they were the emblem of Mauricio Pochettino’s Spurs: gifted and incendiary, the battery supply behind wave after wave of power.

With less than three weeks until the new season begins, the current situation is rather more vague. Walker is long gone, Danny Rose is finally expected to depart and, within the coming hours, Kieran Trippier will complete his move to Atletico Madrid.

Which leaves Pochettino with what, exactly?

Most likely, having to find creative solutions. Before much longer, Fulham’s Ryan Sessegnon’s is expected to move up and across London and, if so, he’ll understudy a range of positions down the left side. The right is more troubling though. Serge Aurier is a pejorative caricature of a modern full-back, while Kyle Walker-Peters is neat but unconvincing. It’s a long way from being an embarrassment of riches.

But perhaps the question at the heart of this issue is wrong? Spurs have spent the last few years chasing the memory of that Walker/Rose axis, but their need to do so was instructed by broader dependencies. When Pochettino first arrived, the full-backs became important almost by default. Without any truly vertical players in midfield and an absence of natural wingers in the squad, all of Tottenham’s width had to come from deep.

Walker and Rose were tent pegs; they provided gear changes and exhilarating surges, but their main function was to create space for the side’s internal dynamics – they opened passing angles for Christian Eriksen, space for Dele Alli’s mischief, and an avenue out of defence for the centre-halves and goalkeeper.

Those imperatives are becoming outdated, because Tottenham are evolving. Particularly in midfield, where the strengths and weaknesses are changing. At the time of writing, Christian Eriksen is still likely to leave and, of course, Tanguy Ndombele has already been signed. On the basis that the club covet Real Betis’s Giovani Lo Celso – a player who can carry and drive the ball, as well as using it to scheme – the objective is evidently to create a more thrusting department, capable of much more dynamic football.

Which would be no bad thing, because that midfield has become too much of a possessional merry-go-round. It needs to take more risks, it needs fresh ideas and, when camped in an opponent’s half, it does have to do more than push the ball around the penalty box’s perimeter. It’s been a very gifted department, but it’s grown increasingly passive and, reassuringly, the club are moving to change that.

The ripple effect might be to facilitate another Pochettino experiment. Behind the successful 2015/16 season lay his decision to convert Eric Dier into a holding midfielder and, while not quite as dramatic, it wouldn’t be a surprise to see the club pass on the opportunity to invest on the right side of defence and, instead, install Juan Foyth in that role permanently.

It would hardly be a revolution. Foyth has played as a full-back for Argentina and has occupied the role for the club before. Unfortunately, he remains associated with the fresh-in-the-mind hilarity of his cameo at Bournemouth, but behind that comedy lies a technically impressive player. One with defensive naiveties and a rash disposition, certainly, but also the base skills to be more than credible in the position.

Foyth was bought as a centre-back. He has the height for the role, but he remains too slender to be trusted. The Niall Quinns and Les Ferdinands of the division may have all died out, but in the middle of defence Foyth looks like a boy in a man’s world. He appears vulnerable and overly eager to exert himself and, tenuously, that might even be the cause of his more impulsive moments. He’s too eager to exert himself and too aware of his fragility; it’s like an over-compensation.

But push him outside and those issues recede. He is not an archetypal full-back in the Olympic sprinter sense, but his close control, willingness to receive and pass the ball under pressure, and core footballing ability make him viable. Perhaps not more so than a brand new, £50m off-the-peg signing – a Youcef Atal-type, perhaps – but Tottenham probably cannot afford to address all of their issues in a single summer.

So with that comes this opportunity to experiment. Or the necessity of doing so. Pochettino is a staunch defender of Foyth, he was particularly bullish following that two-penalty night at Molineux, and he won’t be cowed by any clamour to replace Trippier. In fact, he’ll likely enjoy the contrarian act of not doing so, playing as it would to his reputation as a carver of components. He’ll no doubt be pleased at the ambition Daniel Levy has shown this summer, but his identity – his brand even – is entwined with water-into-wine ideals and doing a lot with a little.

Repacking Foyth would scratch that itch. It would draw scepticism, as Dier’s conversion did, but Pochettino wouldn’t care in the slightest. He likes having to be creative. He wants to be known as an anti-Guardiola/Mourinho type, as someone who doesn’t just solve problems with heavy spending. Moreoever, when he thinks he’s right about a player, it usually manifests in a stubborn determination to prove his point.

Which isn’t to present this as some egregious risk. Many of the arguments against Foyth would centre on that old, out-dated perception of what Spurs need from their full-backs. Yes, the basic principles of the role remain the same, and the team still requires width, crossing supply and precise positioning, but the ratios are different. If the demand is for a more technical player and less of an athlete, a slower-pulsed type who compensates for that changing tactical emphasis, then Foyth might just be pliable enough to warrant another leap of faith.