Home All The News Rio asks how Sancho has upset Southgate 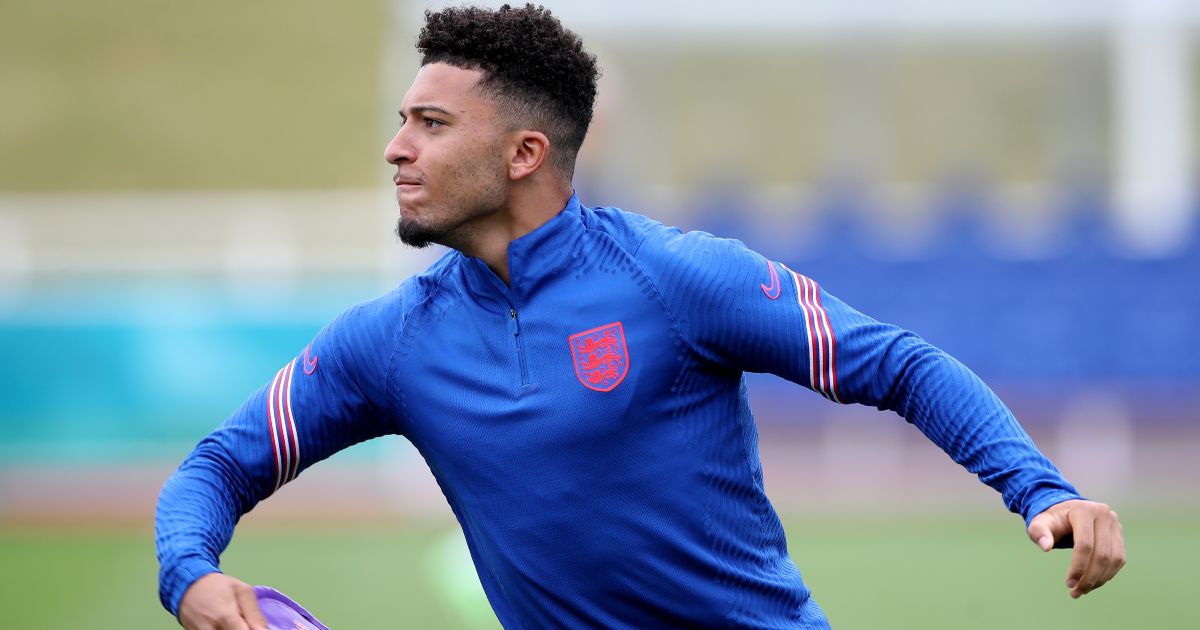 Rio Ferdinand is baffled at Jadon Sancho not playing a minute of England’s first two games at Euro 2020.

Sancho did not even make the bench for last week’s win over Croatia and then stayed on the bench as England stuttered to a 0-o draw against Scotland on Friday night.

Raheem Sterling stayed on the pitch for 90 minutes, ending the game on the right side of the England attack.

Southgate used Jack Grealish and Marcus Rashford from the bench but he stuck with his double pivot of Declan Rice and Kalvin Phillips.

Ferdinand – who has predicted an easy win for England – told this Five YouTube channel: “The substitutions, I thought they were poor.

“Utilise that bench, that’s what it’s there for. We’ve got all these players. Sancho? What’s he done? He must have done something behind the scenes.

“He (Sancho) for the last three seasons has the second most goal involvements in this England squad after Sterling and Harry Kane.”

Sancho claimed 16 goals and 20 assists in all competitions last season but appears to be way down Southgate’s pecking order.

On ITV, Ian Wright said: “I think it’s plain to see that he (Kane) doesn’t look at his best, let’s be fair. You look at the chances created, Reece James coming into the team, one of the best crossers from his position but hardly any crosses. Not enough balls into the last third for people to play.

“What’s he taken Foden off for? There’s no way Phil Foden should be leaving the pitch today. It’s very disappointing to see.

“You’ve got someone like Jadon Sancho on the bench, 16 goals and 20 assists doesn’t even get on when we need to create.

“We can talk about Harry Kane and the chances he could have had or how many touches he didn’t have, but at the same time did we really create enough?

“We are supposed to be a team that’s one of the favourites to win but I was embarrassed today.”