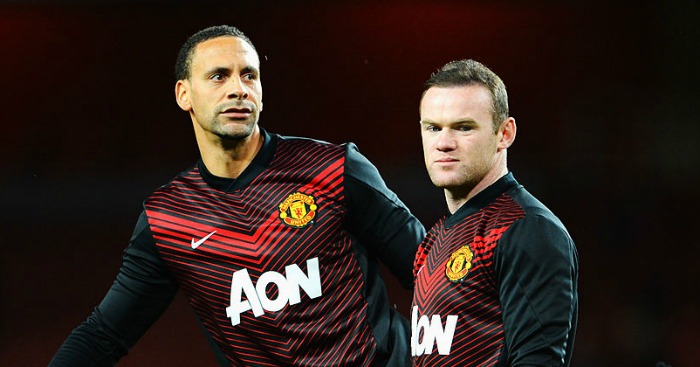 Rio Ferdinand has backed Wayne Rooney to regain his place with Manchester United and England.

Rooney has struggled to hold down a first-team place at United this season and was left on the bench for England’s goalless draw with Slovenia in World Cup qualifying on Tuesday.

Ferdinand, a predecessor of Rooney as captain of United and England, recalled being told late in his career by then United manager Sir Alex Ferguson that his game needed to change.

“I’ve been where Wayne Rooney is,” Ferdinand said to the Sunday Times.

“What’s happened to him in the past couple of months will have left him feeling embarrassed and hurt but he can also reshape himself.

“He’s been trying to do that in midfield, where there’s more time on the ball, but I agree with Jose Mourinho, who sees him as a number nine or number 10, and in the number 10 role Wayne can become the guy who feeds the other attackers.

“He will have to fight for that number 10 job with some very good players at United but many people are too quick to dismiss him.

“Look at Italy’s older players and what they bring tactically to a squad. Francesco Totti, Andrea Pirlo, Alessandro Nesta and Paolo Maldini were looked on as icons.

“You don’t just throw talent away. Wayne hadn’t played as well as in the past but clamouring to take him out of the England team made no sense.

“Unless you have players who are a lot better, you don’t throw away somebody like him.

“It’s more understandable being on United’s bench because they have better players and Mourinho is searching for the right permutations.”