Home All The News Rio: If you mould AWB with one Liverpool man you get ‘the best player’ 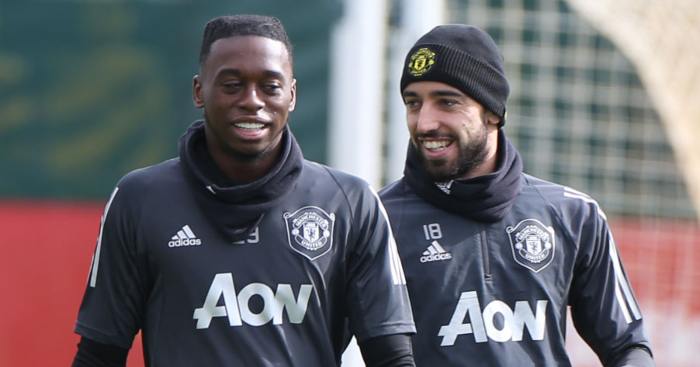 Alexander-Arnold has two goals and 12 assists from right-back as Liverpool have dominated the Premier League this season, finding themselves 25 points clear at the top of the league.

Wan-Bissaka has impressed alongside fellow new signing Harry Maguire in Man Utd‘s backline with the right-back particularly praised for his defensive performances.

MAILBOX: Where the season went wrong for Liverpool, and more mails…

And Ferdinand reckons you could form the “best player” if you added their best attributes together.

Ferdinand said in a Q&A on his Instagram live: “If you moulded them two players together, Aaron Wan-Bissaka and Trent Alexander-Arnold, you’ve got the best player. Aaron Wan-Bissaka one-versus-one, I’ve seen [Raheem] Sterling play against him and Sterling rinses everybody, he finds it hard against Wan-Bissaka.

“One-versus-one he will match you physically, he will run with you, he will slide on the floor if you’re getting away from him a little bit more and he has to go into overdrive.

“He can cover people, unbelievable. He could play right side of a back three at Man United if they wanted to, I think he’d be brilliant there.

“It depends on the game, If I knew I was going to have to defend a lot and I need someone to lock down the winger I’m bringing AWB on.”