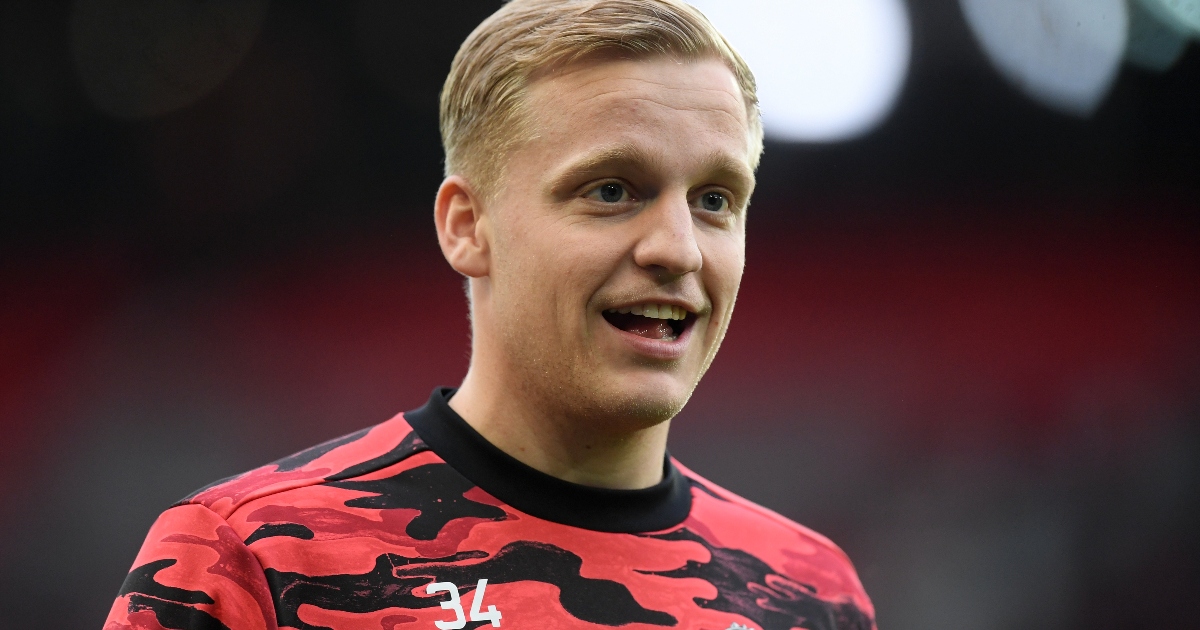 Rio Ferdinand has revealed the advice he recently gave Donny van de Beek, who is being “too nice and polite about the situation” at Manchester United.

Van de Beek is yet to start a Premier League game this season and has found game time difficult to come by ever since his switch from Ajax in the summer of 2020.

And Ferdinand believes the Dutchman’s demeanour is costing him.

Speaking on his FIVE YouTube channel, Ferdinand said: “I think the big thing with Donny van de Beek – and he’s a great guy, we’ve had him on the show before – he’s a really calm, relaxed guy.

“I think this is a funny situation because if he was a bad guy and he was volatile and he was loud, he’d be gone. He wouldn’t be at Man United.

“And sometimes when you’re too nice maybe, or you’re nice about a situation and you’re polite, you might not get the situation that you really require for yourself. And I think that’s probably the problem for someone like Donny van de Beek.”

Ferdinand also divulged a converation he had with Van de Beek.

He added: “It’s crazy because I saw him the other day, I spoke to him.

“I said to him, ‘Regardless of what happens man, just work hard’ and I think he said that on the show.

“He will never see it now, but he’ll look back and go, ‘You know what, that helped make me get stronger’ and he can use this to fuel him and push him on in the next phase of his career when it comes.”

Ole Gunnar Solskjaer has said he understands Van de Beek’s frustration over his lack of playing time but inisted there is no room for “energy sappers”.

“I manage a squad full of international footballers, competitive footballers, who want to make a difference, to play,” said the United boss.

“They all want to be on the pitch, of course they do. Donny was ready to come, as all players should be. I have been a sub more than anyone in this club probably, I must have the record, and you have to be ready all the time.

“I have been not very happy a few times, but that is just a decision the manager makes. Alex (Telles) was coming off as a left-back and Fred did that job well.

“I understand the frustration, every player is keen to play, that has to built into energy and determination for when you come on. Then show me. That is not just Donny, all the players.

“I have a squad of internationals and if we’re going to be successful together we need positive energy. We can’t have energy sappers or sulkers.

“Donny has never ever affected his team negatively. Just so that is said. But as soon as I see players affecting the team negatively that is a different scenario. Then I will probably be a little bit firmer.”