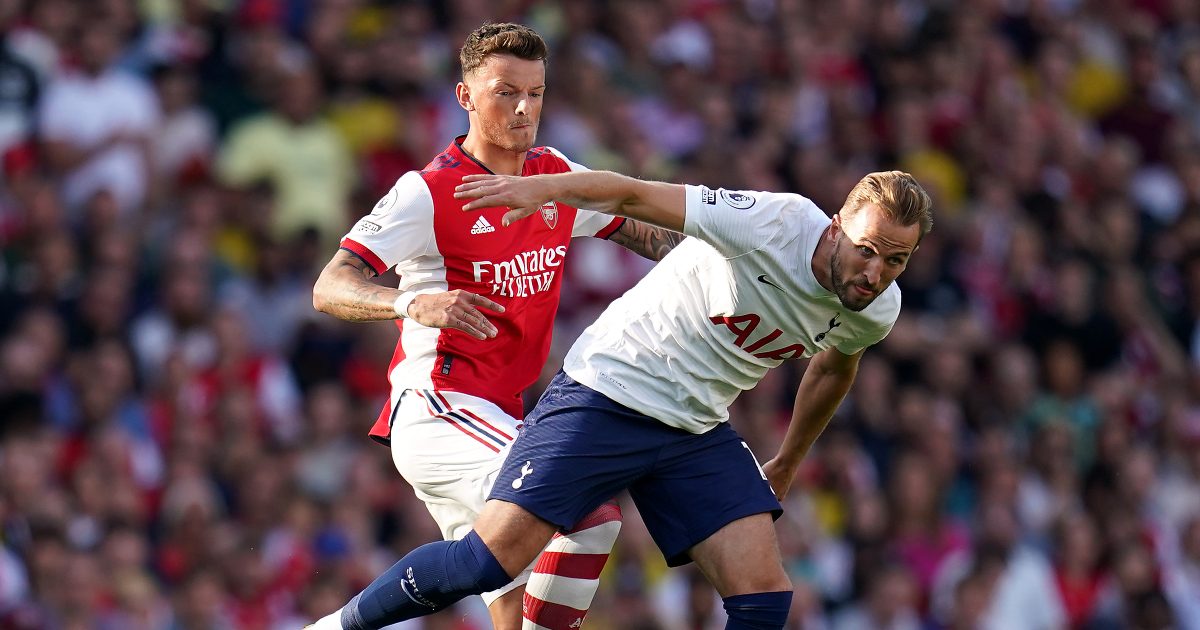 Harry Kane is “unhappy about having to stay” at Tottenham Hotspur as he is “so far removed” from his usual self, according to Rio Ferdinand.

Kane was keen to leave Spurs this summer as he wants to win team trophies before he retires. Man City were interested in him but they were unable to meet the Londoners’ reported £160m asking price.

The striker later committed his future to Tottenham for this term. He has started the season slowly though.

The Englishman has not scored in any of his first five Premier League games of the 2021/22 campaign. He put in a disappointing display on Sunday as Spurs were beaten 3-1 by Arsenal.

Ferdinand has spoken about Kane on the latest episode of his Vibe with Five podcast. He believes that the forward looks “disheartened” at the moment:

“From his first five games this season, 381 minutes, zero goals in the Premier League, zero assists, six shots in five games, four key passes in open play, dribbles completed four. His touches in the box, I look at his heatmap is everywhere but not in the opposing penalty box.

“He’s so far removed from the Harry Kane that we know. This guy has proven that he’s a mad marksman. He scores goals.

“Is it the effects of the summer? In terms of captaining England in the summer but no one else has really got a hangover who’s integral in their team really.

“Is it the actual saga of the transfer? That has been mentally but physically draining as well. Or is it just him saying ‘this isn’t me’. I don’t believe he’s that unprofessional to down tools I don’t agree with that narrative.

“So I just feel this is an effect (of the failed transfer), he’s disheartened, he feels let down I would imagine, he feels unhappy about having to stay at Spurs right now and his performances are reflecting that.”