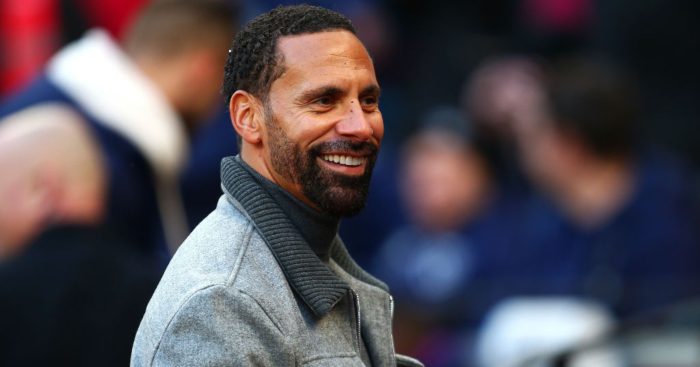 Ole Gunnar Solskjaer is said to be keen to add a defensive midfielder to his ranks but will face competition from Chelsea, who have long been linked with the West Ham star.

Frank Lampard reportedly wants Rice to join him at Stamford Bridge with a view to playing him at centre-back.

The £80million-rated England international is thought to be keen on a return to Chelsea, where he emerged through the youth system and that’s where Ferdinand thinks he will end up.

“I don’t think he goes this window, I think he stays there for the remainder of the season. I don’t think he’s the kind of kid who is going to push to leave right now,” Ferdinand said on his FIVE YouTube channel.

“If it happens, it will be between the clubs. I don’t think he’s going to be the person that instigates it. I think he’s quite a laid-back kid in that sense but he’s a driven kid. He’s someone who wants to achieve, better himself and improve.

“He’s like a sponge, he asks questions when you speak to him: ‘What was it like in your time?’ He reminds me of myself in that respect. He asks questions like, ‘What was he like, training with him?’, and he wants to know everything because he wants to better himself and you can’t fault a kid like that.

“Good luck to him. I think it’s inevitable he will go but I think – if I’m being realistic – he will go in the summer and I think it would be to Chelsea if he had his wish.’”