Home All The News Rio: Why Man Utd legend Evra was ‘better’ than current Liverpool man 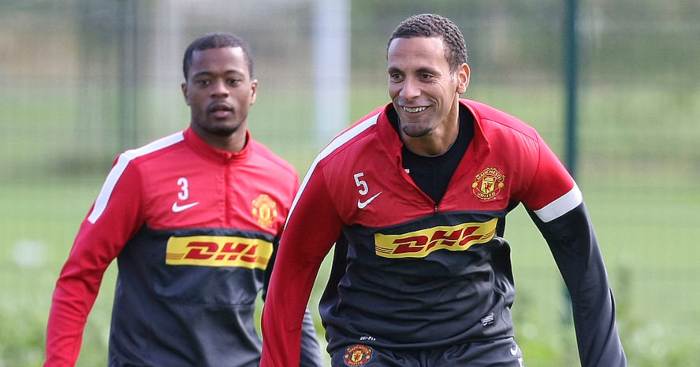 Evra won numerous titles for Man Utd, including the Premier League and Champions League, while he also had huge success in Italy at Juventus where he won two Serie A titles.

Robertson earned his big move from Hull City to Liverpool in 2017 and has since won the Champions League, UEFA Super Cup and FIFA Club World Cup, while the Reds are on course to win the Premier League title this season.

MAILBOX: Liverpool choking, and a love letter to Alan Smith…

And Ferdinand reckons Robertson is “top drawer” but lists numerous reasons why he thinks Evra is a “better player”.

“I’ve got to go with Evra, Evra is a better player,” Ferdinand said in a live Q&A on Instagram.

“He’s quicker, stronger. In between the boxes Evra is better as well, can play and move, gets in behind people.

“He didn’t have as many assists as someone like Robertson, but he scored more.

“He was a better one versus one defender, but Robertson is top drawer, don’t get me wrong.”