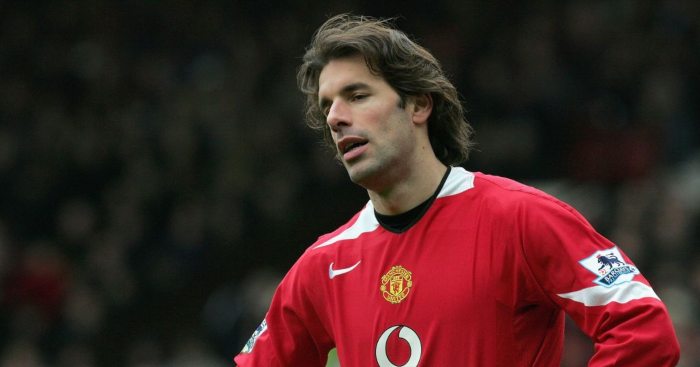 The Dutchman scored 150 goals in 219 appearances for United before moving to Real Madrid in 2006, with 95 of those coming in the Premier League.

Henry won the Premier League golden boot award in all but one of the five seasons that Van Nistelrooy spent in England with Man Utd only lifting one title in that time.

And Ferdinand has revealed that Van Nistelrooy used to be “devastated” on hearing that Henry had scored for Arsenal.

“Ruud van Nistelrooy used to come in the changing room after a game, trust me, we’re trying to win the league, we’ve beat someone 3-1 or 4-1, he’s scored one goal, he’ll come in and look up to the TV [shake his head] and go ‘ohh’.

“Then someone will go, ‘Thierry has scored two today, Ruud has only scored one, so he’s a goal behind now.’ And he’s sitting there devastated, and you can see it.

“I used to sit there and this guy is mad, we just won 3-1, he’s scored a banger, set someone up as well, and he’s disappointed.”