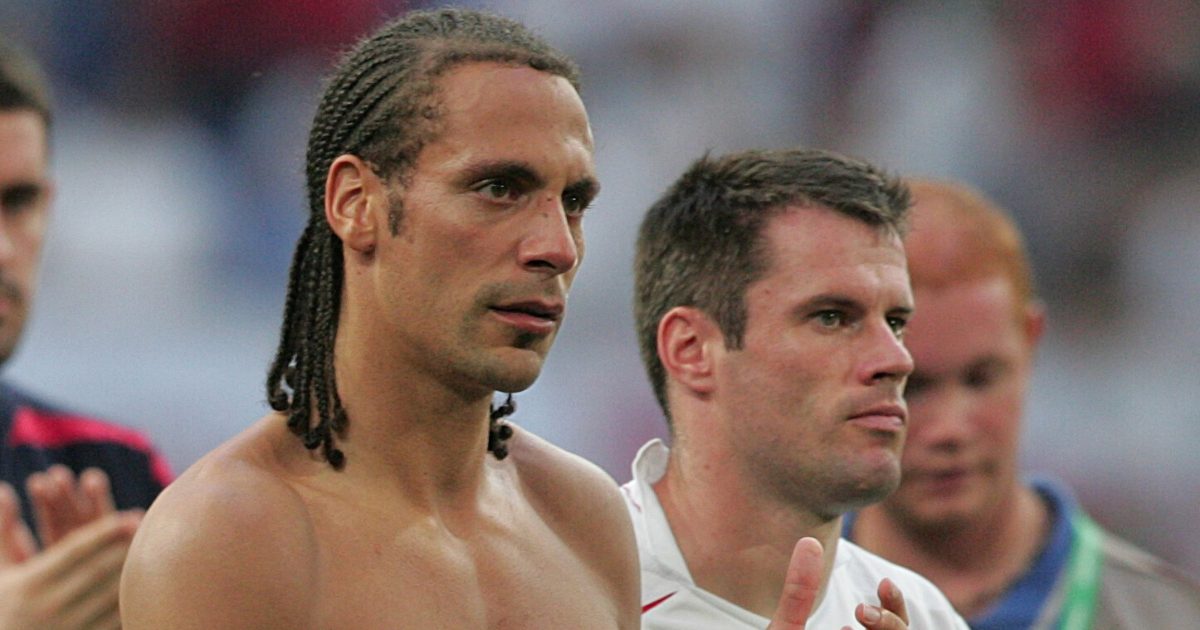 Rio Ferdinand and Jamie Carragher have butted heads on social media after Harry Kane reportedly did not show up for pre-season tests at Tottenham.

Kane is keen to leave Spurs this summer and Manchester City are interested in signing him. The forward is rated at around £160m by the Londoners.

The striker was due to return to the club on Monday after he was afforded a break once Euro 2020 concluded.

This was for pre-season tests at the club’s training ground. But Sky Sports revealed that he did not show up as planned.

Ferdinand took to Twitter to claim that Kane’s actions are not necessarily wrong, as he is desperate to leave Spurs:

“I’m not saying that Harry Kane and his tactics to leave are wrong (if we are to believe what’s being said).

“Harry wants trophies and he ain’t getting any younger. ”

Carragher disagreed with his former England teammate. He believes that Kane “should not ruin his name” at Tottenham:

“I disagree, it is wrong not to turn up for training. We all know he wants to go & can totally understand why.

“But Harry should not ruin his name or relationship with the supporters who idolise him just to get the move. Spurs will always be HIS club.”

I disagree, it is wrong not to turn up for training. We all know he wants to go & can totally understand why. But Harry should not ruin his name or relationship with the supporters who idolise him just to get the move. Spurs will always be HIS club. #Kane https://t.co/cSVZZXKMgw

Elsewhere, Jamie O’Hara has suggested that he would not have expected Kane not to turn up for the tests:

“I wouldn’t expect it from someone like Harry Kane, the utmost professional person who always gives 100 percent for the football club.

“He’s one of the best strikers in the world and he probably doesn’t feel Tottenham is the place where he’s going to push on and win trophies.

“He’s 28 now, not 23. This is the time where you make that big move, get the big contracts and you guarantee yourself some trophies.

“It’s probably got to the point where he’s thinking ‘enough is enough.’

“What’s a legacy if he’s not won anything? If he goes this summer, I’m still going to love Harry Kane, I’d still welcome him back with open arms, he’d still be a Tottenham legend.

“He’s not going to Arsenal for free, he’s going to a club that’s going to win the Premier League and Champions League for £150million. I wouldn’t begrudge him that.

“If Daniel Levy has said to him he can leave, you can’t begrudge him not turning up to training… I don’t think any real Tottenham fan will.