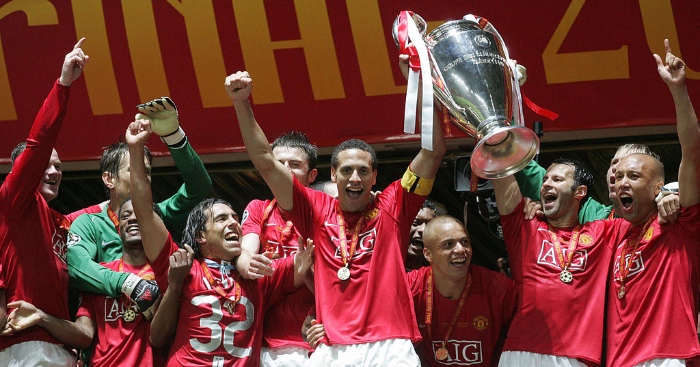 Rio Ferdinand admits he thought Manchester United had lost the 2008 Champions League final when John Terry stepped up to take the match-winning penalty for Chelsea.

Cristiano Ronaldo’s missed spot kick gave Terry the opportunity to win Chelsea their first-ever Champions League title, but the Blues skipper slipped and struck the post to level the shootout.

On his emotions as Terry stepped up, Ferdinand told BT Sport: “I thought it should have gone in. I’ve watched John take penalties before in training for England over many years and he never missed.

“I thought “that’s it”. So I was doubly surprised to see him miss it. I’m probably thankful for the rain on the night.”

Ferdinand also said he was relieved that the penalty shootout was won on Anelka’s miss – as he was next in line to take a penalty.

“When Anelka was taking his penalty, I was thinking, ‘if he scores this penalty then I’m next. So please Edwin, please save me from the terrors of taking a penalty at this level.’ I didn’t want it.”