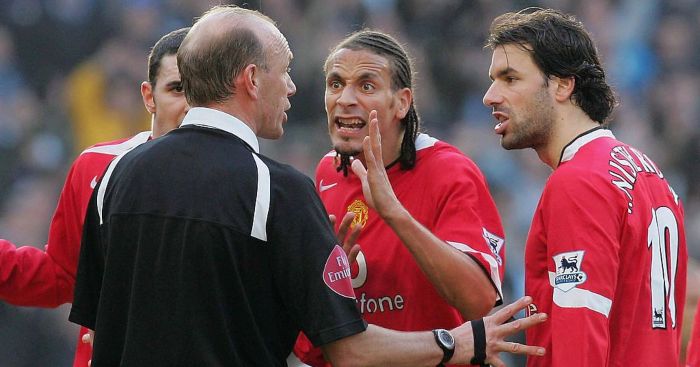 Greenwood had missed the Red Devils’ last two matches through illness but impressed as a second-half substitute in United’s 4-1 victory over Istanbul Basaksehir in the Champions League on Tuesday night.

The England international has scored 19 goals in 62 appearances for Man Utd, while Van Nistelrooy scored 150 goals in 219 matches for the Red Devils – but Ferdinand sees similarities between the two.

Speaking to BT Sport, Ferdinand said: “He looked very sharp. The passing forward in the No.10 spot, Van de Beek coming in there, and it just again showed his difference. Daniel James looked impressive when he came on too.

“He’s going to be a beast to go with the technique he’s got, the understanding, his spatial awareness, he plays off both feet.

“We talk about Ruud van Nistelrooy, it excites you when you see finishers that finish aggressively, but with precision. He has that in abundance.”

And on Greenwood, another Man Utd legend Paul Scholes is also impressed, he said: “He physically looks stronger now than the last time we saw him. He’s a big, strong and powerful lad, and he’s only going to get stronger as well.

“I think out of the three or four forwards they have, he’ll be the best finisher as well.”