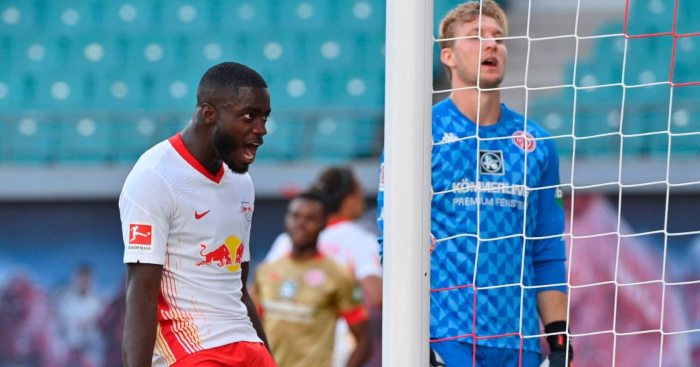 Rio Ferdinand thinks Man Utd should be wary of signing Jadon Sancho or Kalidou Koulibaly this summer, while he recommends Dayot Upamecano as a solid signing.

The Red Devils have been heavily linked with their main target Sancho all summer, with claims Man Utd and Dortmund had reached an impasse, before their latest £90m bid.

There had been speculation that Koulibaly could move to Old Trafford but stronger links have been made to neighbours Manchester City.

However, Ferdinand reckons they should RB Leipzig’s Upamecano to strengthen their defence this summer rather than sign Sancho and have the “same problems”.

“They haven’t got £200m to spend on a centre-back if they wanted one like me!” Ferdinand joked to talkSPORT.

“I’ve been banging the drum for a long time about buying a centre-half.

“It’s not going to solve every problem but it’s one of the biggest problems.

“There’s no dominant centre-half which makes the opposition think, ‘I’m going to have to do something today to get any change out of him’.

“You need that if you’re going to win anything.

“Jadon Sancho is a generational talent who is here to stay, so you can understand the interest, but for me they need a centre-back.

“Upamecano is young, good on the ball, athletic, strong, mobile, plays every game. He’s one you can see coming in right now.

“[Kalidou] Koulibaly has been spoken about for two or three years, he might have missed the boat due to his age. There’s no resale value.

“If you sign Jadon Sancho, I think you still have the same problems as last season.”