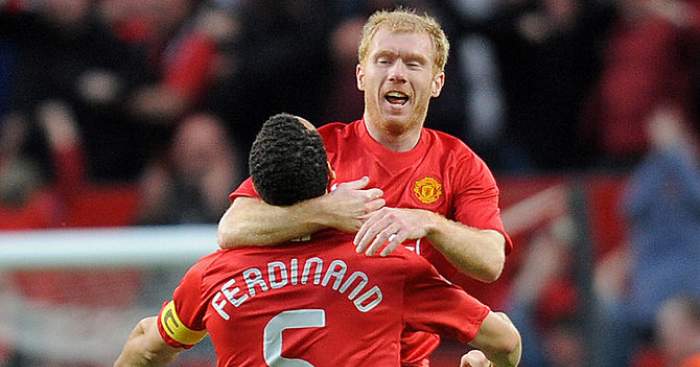 Rio Ferdinand says Tom Cleverley and Danny Welbeck used to refuse to play a game of two-touch with him and Paul Scholes because the “intimidation levels were too much” for them.

Scholes and Ferdinand were both key components in a successful Man Utd side that won heaps of trophies under Sir Alex Ferguson.

The duo used to play a game of two-touch – where the aim is to keep the ball off the ground for as long as possible using only two touches – before matches but Ferdinand has claimed they were that good that few challenged them.

Ferdinand told Savage Social: “Scholesy was top man to be fair to him but I used to want my creative players to be going out on the pitch with full confidence,” said Ferdinand.

“I used to let him win in the changing room most of the time. Before a game we used to play two touch every single game me and him. Our thighs would be red.

“We’d look for a spot outside the changing room in the tunnel or in the corridor anywhere we could find just blasting the ball at each other.

“The levels, Sav, you wouldn’t have been able to play. There would have been loads of players if you speak to them now who would say we couldn’t get up and compete.

“Tom Cleverley and Danny Welbeck used to watch and say ‘no, no’… the intimidation levels were too much.”