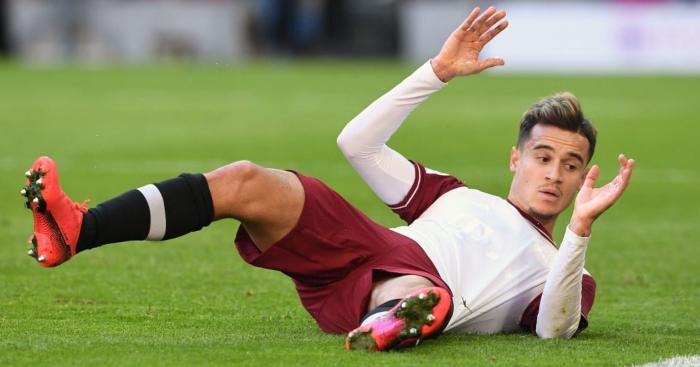 Ex-Liverpool playmaker Philippe Coutinho would have been a great signing for Manchester United before they signed Bruno Fernandes in the January transfer window, according to Rio Ferdinand.

Coutinho has been linked with a number of Premier League clubs, including Man Utd and former club Liverpool, since he failed to hit the ground running at Barcelona.

The Brazil international left Liverpool for Barca in January 2018 in a deal that could rise to £142m, while he now finds himself out on loan at Bayern Munich.

MEDIAWATCH: Who is trying to deny Liverpool the title THIS week?

His future remains uncertain with Bayern unlikely to make that move permanent in the next transfer window but Ferdinand reckons Coutinho is no longer needed at Man Utd.

Ferdinand told followers on a live Instagram Q&A: “At Liverpool he was an amazing player, but since he left Liverpool he hasn’t really done it yet.

“He struggled at Barcelona, struggled to fit in there and then he hasn’t done amazingly well at Bayern.

“I think he is a great player, a huge talent, I think he needs saving. Coming into the Premier League to the right team would be a saviour for him, he needs that.

“I would have said Man Utd before Bruno Fernandes turned up, but not now.

“Would he improve Spurs? Yes he would, 100 per cent. People like [Harry] Kane, Dele [Alli], [Heung-min] Son etc all feed off someone like him. I think he would be a great addition to Spurs’ squad.

“Arsenal he would definitely improve them, but where does he play in their system? They’ve got [Mesut] Ozil. I like Ozil if he is played well.

“Barely any team can afford him where he would fit in. He wouldn’t fit into City, Liverpool, not any teams like that.

“Would he be a good addition, yes? Not Man Utd though, and he played for Liverpool so it is a difficult one. The rivalry is mad.”