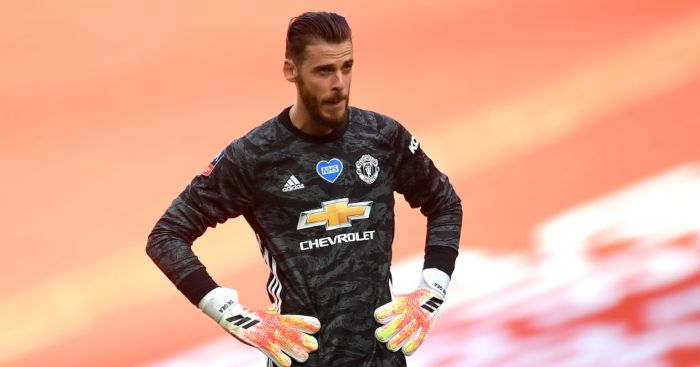 Rio Ferdinand thinks David de Gea has “earned that right to be stuck with” as his place as Man Utd number one has come under question.

Just a month on from lauding the 29-year-old as the best in the world, Ole Gunnar Solskjaer’s goalkeeping dilemma increased after the Spain international cost Man Utd a shot at FA Cup success on Sunday.

De Gea did not cover himself in glory for Olivier Giroud’s opener and was guilty of a shocker within a minute of the second half as a long-range Mason Mount strike somehow beat him, putting Chelsea in control of a semi-final they would win 3-1.

It was an alarming display that compounded some other glaring errors over the last 18 months, raising awkward questions about his status as number one ahead of Wednesday’s vital clash with West Ham.

Ferdinand has, however, stuck up for his former team-mate, he told BT Sport: “Listen, has David de Gea been making mistakes? Yes he has made mistakes. Is he low on confidence? Yes he is low on confidence.

“But has he got the character to come back? Has he proven his character in years gone by? Yes he has. When he came to Manchester United he was a 19-year-old and there were question marks straight away over whether he was good enough, is he too slim, is he too frail, he’s not ready to be Man United’s number one goalkeeper.

“He dispelled all of those things that were being said about him through character, hard work, determination and – above anything else – quality.

“He’s been Player of the Year four out of the last six years. This guy, when there was inconsistency at Manchester United, he was the consistent factor all the time there. Yes he’s had a bad time there, a bad spell, confidence is low – but does that mean you go out and get rid of him?

“Who are you going to get? Tell me who is out there now they’re going to go and get?

“Dean Henderson is a young goalkeeper… it’s still a big gamble. Who is out there who is actually able to be bought right now, who is going to go in and be a world-class goalkeeper right now at Manchester United?

“The only one I see is [Jan] Oblak. But can you get him out of Atletico Madrid? And if you do, how much are you going to have to spend? An obscene amount of money. I say stick with him [De Gea]. He’s earned that right to be stuck with.”