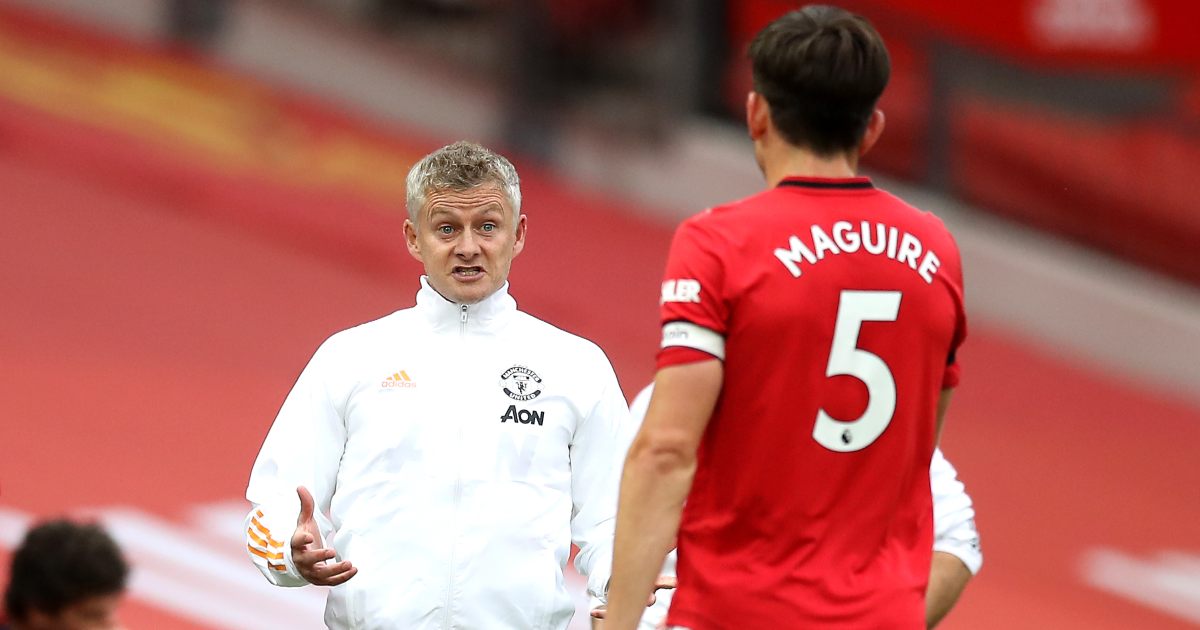 Fred, Scott McTominay and Nemanja Matic have all been used as part of that system in recent matches against Chelsea, Newcastle United and Real Sociedad.

The Red Devils’ defence has conceded 32 Premier League goals this term, which is the worst out of the top five teams in the league.

MAILBOX: Has Solskjaer been ‘spooked’ by Tottenham pasting?

There has been a lot of talk that Man Utd will bring in a new centre-back this summer and Ferdinand reckons Solskjaer is “scared” to leave his defence without any protection.

“We’re playing with one less player in an attacking position all the time. Other teams have more players attacking against us because of the amount of players they can release to go forward because of the confidence they’ve got in their defenders.

“I’d love the answer to that question. That would be one of my big questions for him, 100 per cent. Because you can’t spend 80 and 50 odd million for the right-back and for the centre-back, 35 plus for the other centre-back and 30 odd for the other left-back and still be having issues at the back.

“There’s a problem, it’s not right. You can’t be spending that type of money and still be saying, ‘I’m going to protect them’, it doesn’t make sense.

“The best teams in the world don’t get protected like that. Bayern Munich’s team last season, they ain’t getting protected by anybody. You’ve got one holder in there and the others just go off and fly off the handle and play.

“Manchester City, it’s the same thing. Maybe their protection is that they have more numbers in the middle of the pitch from the right-back and the left-back going in there, but they still have big spaces out wide and are left one-vs-one to defend at the back.

“United can’t do that it seems. We can’t leave our players one-vs-one on the halfway line. Scared!”