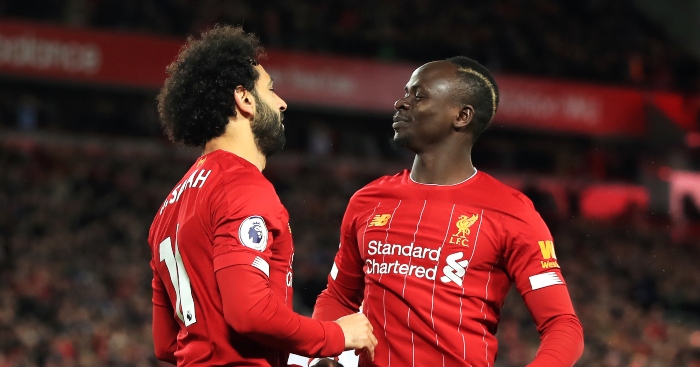 Former Manchester United defender Rio Ferdinand has claimed Jadon Sancho wouldn’t get into Liverpool’s side “right now” in a boost to Mohamed Salah.

Sancho has been linked with a £100m move to Liverpool with speculation also rife that he could move to a number of other clubs, including Man Utd.

In recent weeks, Liverpool have been told they “can do better” than Salah and that the Egyptian international should be replaced with Sancho.

However, Ferdinand likes what he sees from Sancho but he wouldn’t change Liverpool’s starting XI.

“As good as Jadon Sancho is I don’t think he gets into Liverpool’s team right now,” Ferdinand said on Instagram in a Q&A.

“Whether he’s a better player than any of them, right now I don’t think he is, potentially I think he could be, but right now the three of them play so well together, how do you break that up?

“That’s the thing for Liverpool, how do they evolve from where they are now? That’s a big thing for Klopp but it’s a great position to be in. Who wouldn’t want to be in that position?”

Ferdinand added: “I think Sancho goes for over £100 million, in today’s going rate, his potential, you’re buying someone for 10 years at your club.

“It’s massive money but I’d take him, I’d risk it, I’d say ‘you’re the guy we’re going to build the team around’.

“He’s got that X-factor, he’s got skills for days, that’s what people at stadiums want. Sancho is that guy. I think he’s got all the potential to be a humongous superstar.”