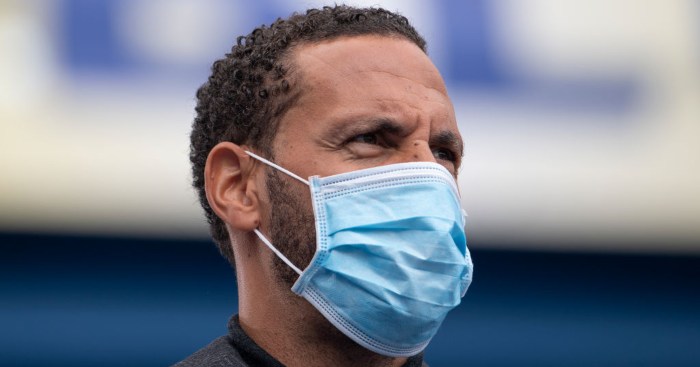 Rio Ferdinand thinks Man Utd boss Ole Gunnar Solskjaer must “reward” Axel Tuanzebe for his brilliant performance against Paris Saint-Germain on Tuesday by starting him in their next fixture too.

Tuanzebe, Luke Shaw and Victor Lindelof started in a back three for Man Utd with Eric Bailly and Harry Maguire missing from the squad that travelled in Paris.

The Red Devils had been on course for a morale-boosting start to Group H rather than a victorious one after Anthony Martial’s second-half own goal cancelled out stand-in skipper Bruno Fernandes’ spot-kick.

But 19 months on from securing their historic last-16 comeback triumph in the French capital, Marcus Rashford struck late to secure another stunning victory at PSG as Man Utd ran out 2-1 winners in their Champions League opener.

Man Utd have struggled of late defensively but Tuanzebe could now be the answer to their problems after a commanding display.

When asked on BT Sport if Tuanzebe was now undroppable, Ferdinand replied: “Yes. Ole has just said it’s two of the best two strikers in the world, he snuffed out danger many a time today.

“You have to reward performances like that. He’s had a hard time with injuries – first game in 10 months – to come in and play like that, from in out of the cold, you deserve to be rewarded. But Ole is the man to make that decision.”

Ferdinand added: “This is where Man United have struggled in the last six to 12 months, in them areas chasing players down the channels, they can’t stay with them and then obviously that opens up the back four or back three. But he was smelling danger.”

And his fellow pundit Owen Hargreaves agrees and thinks it will now be hard to dislodge Tuanzebe.

“Good luck getting this guy out of the team,” said Hargreaves.

“This guy… I love him. He’s a good athlete, he makes good decisions, physically he’s got a good presence, he wasn’t fazed by Mbappe or Neymar. I think he grew into the occasion.

“We saw a couple of years ago Scott McTominay came here and put in a top performance. This young man… looks, he’s not getting out of the side.”