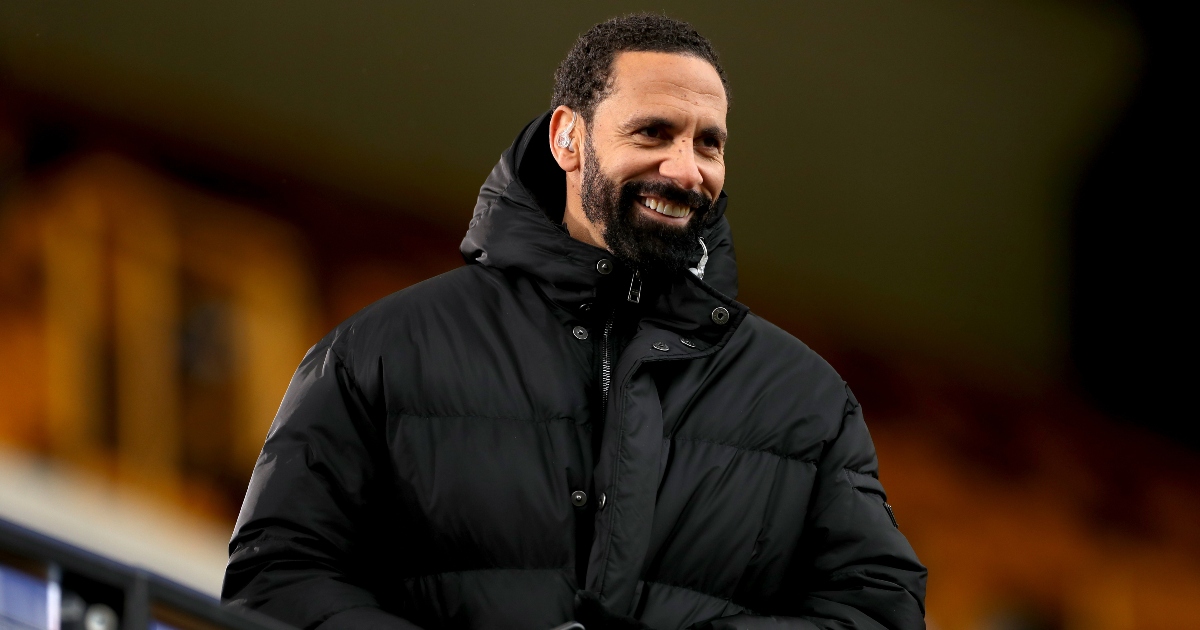 Rio Ferdinand believes Manchester United should go all out to sign Jude Bellignham as “he’s one you don’t want to miss”.

The midfielder joined Borussia Dortmund from Birmingham City in the summer of 2020 and has become one of the hottest young talents in European football.

He has starred in the Champions League and Bundesliga, earning himself a call-up to Gareth Southgate’s England squad for Euro 2020.

READ MORE: Ranking the Big Six clashes from closest to most one-sided

United were keen on signing him before he opted for Dortmund, rolling out Sir Alex Ferguson in an attempt to persuade him in a tour of the club.

Their interest has not waned, but they will face strong competition for the 18-year-old, who will likely cost around £100million.

When asked which of the three midfield roles Bellingham could fill at United, should he join, Ferdinand said on his FIVE YouTube channel: “Any. He’s that good.

“And also times when he’s been told he can join the attacks more. He has the capabilities and capacity to play all of the roles, he’s that good.

“I think for him, I see him as being someone who can do it all. There aren’t many midfielders in the game now that can attack and defend – affect the game at both ends.

“When you are one of the super clubs, there are talents out there that make you think if we have the capacity and financial muscle, then he’s one you don’t want to miss.”

Roy Keane is also a huge fan of the teenage sensation, lauding his “scary” potential.

Keane said: “He’s got a great chance, the kid, we love everything about him.

“What he does on the pitch, the way he speaks off it, he’s playing week in, week out for a top club [Borussia Dortmund]. The potential in this kid is scary.”

He continued: “I saw him recently playing in a Champions League game and he was producing passes… I didn’t think he had that in his locker quite yet.

“The potential for this boy, he’s a good size, he’s like a boxer, he’s a strong powerful boy. Gareth [Southgate] must be rubbing his hands.”