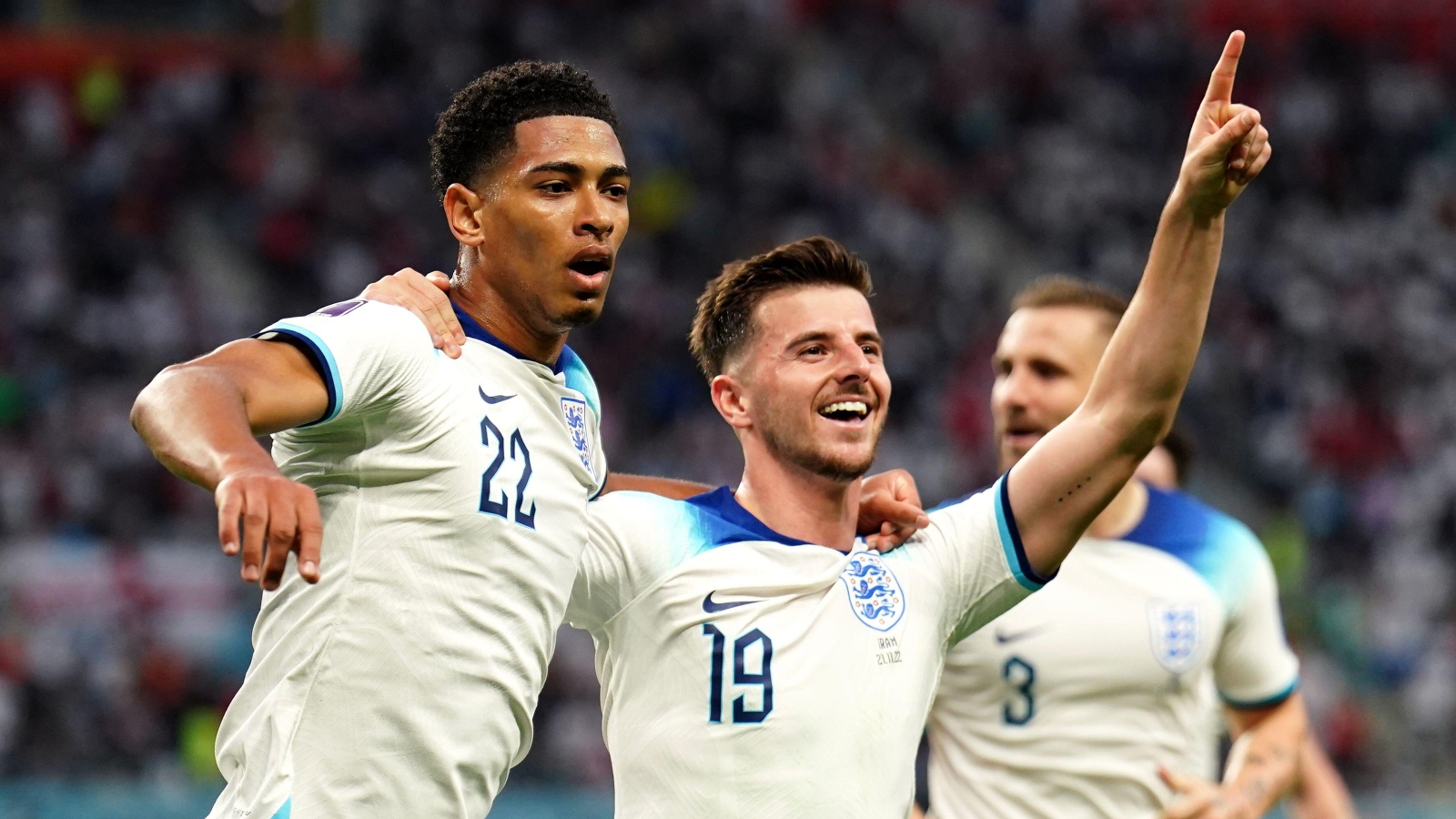 Rio Ferdinand waxed lyrical about Jude Bellingham after he scored his first England goal in their 6-2 win over Iran.

The Three Lions got off to a winning start at the World Cup, with Bellingham opening the scoring in the first half.

Fellow youngster Bukayo Saka made the score 2-0 before bagging his second of the game to overtake Wayne Rooney and Paul Scholes in England’s all-time World Cup scorers list, despite making his debut in the competition against Iran.

Bellingham became England’s second-youngest goalscorer in World Cup history after Michael Owen in 1998, and only the second English teenager to score in the tournament.

The 19-year-old spoke to the press after the game and how “confident and composed” he is in front of the media impressed Rio Ferdinand.

The former England international loved what he saw from the Borussia Dortmund midfielder on Monday afternoon.

He went as far as to say that the likes of Frank Lampard and Steven Gerrard were not doing what Bellingham is able to do “at this age”.

Rio told BBC: “Bellingham was so confident and composed in the interview before. Exactly the same out on the pitch.

“The authority that he plays with on the pitch goes well beyond his years. He’s a fabulous footballer but delivering at a World Cup like that at that age.

“We talk about the great midfielders that we’ve played with and seen in England in our generation. None of them were doing what he’s doing at this age, on this stage.

“I’m not saying he’s better or going to be as good as all of them but at this age none of them were doing what he was doing and it’s just fabulous to see.”

He believes Bellingham is Gerrard and Lampard “rolled into one”.

“Jude Bellingham is a throwback, he can really do it all,” he said.

“Bellingham is like Steven Gerrard and Frank Lampard rolled into one. He won the ball back so often today, England’s best quality today was their counterpress and he was at the forefront of that.”

Following the match, Bellingham discussed scoring his first goal for his country.

“I told you I was saving that goal, really good day game for us,” he said.

“Six goals in a World Cup game is really impressive, regardless of who you play against. they came out really well, really strong, hard to break down and we didn’t have anything clear for quite a while.

“With more goals we opened them up but the start was tough and we had to dig it out, even when we we weren’t getting it all our own way.

“Important that we learned how to create chances against those kind of sides. Bit disappointed about the two goals to be honest.”

On his goal, Bellingham added: “To be honest, I thought it had missed! Then it took ages to loop into the goal.

“I said I wanted to score more goals for Dortmund and England this year and to get in the right position. Brilliant ball in from Shaw and I was just there to flick it away. Really proud moment for me.”

Bellingham is heavily linked with a move to the Premier League in 2023.

Real Madrid are also in the mix, however.

He is expected to cost at least £100million, with a good World Cup likely to add to his valuation.