Home All The News Ferdinand blown away by ‘different’ talent Sancho 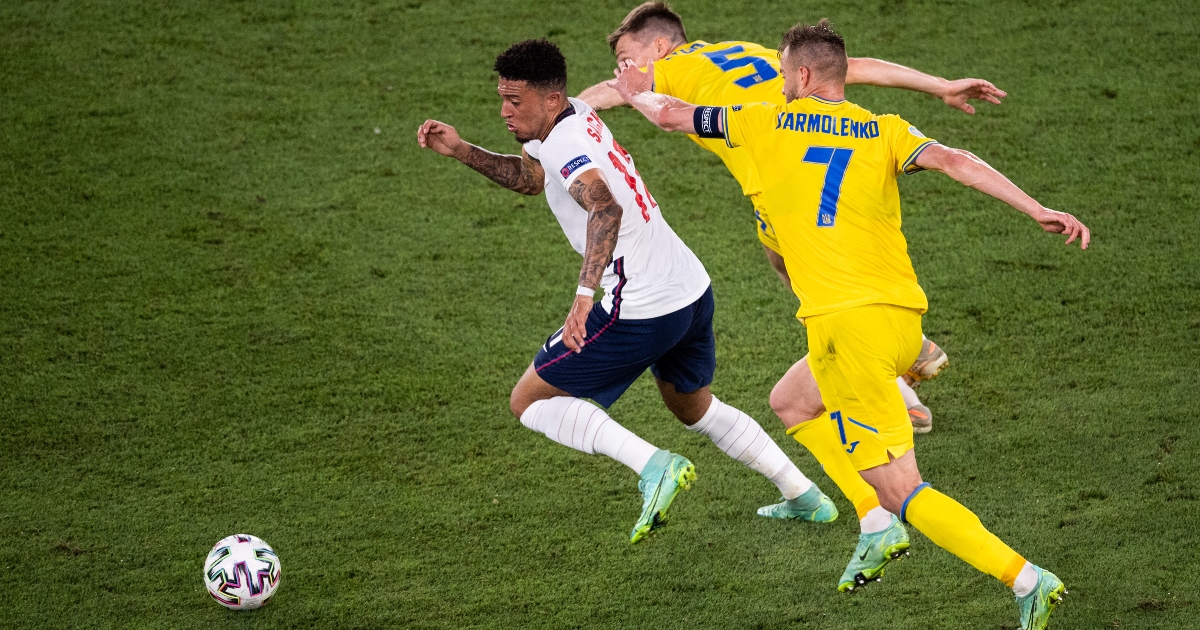 Rio Ferdinand is confident Jadon Sancho will have Manchester United fans “off their seats” next season after witnessing the 21-year-old’s eye-catching display against Ukraine.

Sancho was handed his first start of Euro 2020 by Gareth Southgate and did not disappoint, weaving his way through the Ukraine defence in a performance that had everything but a goal.

On Thursday, United announced they had reached a deal ‘in principle’ to bring Sancho to Old Trafford, with Borussia Dortmund having finally agreed to a fee of £73m.

The winger contributed 16 goals and 20 assists in all competitions last season and was involved in 40 goals the season prior, statistics that left England fans clamouring for Southgate to unleash him.

Eventually, he did, and Ferdinand was blown away by Sancho’s performance.

“I’ll tell you one thing, next season at Manchester United he’ll have people off their seats,” he said on BBC Sport.

“There were moments in this game where he draws your breath and you think, ‘Ooh, wow, that’s different!’

“He’s a fabulous talent, we know that, but mentally he’s very strong and he’s got a desire to be as good as he could be and wants to fulfil that potential.

“Players that can up the tempo of a game are different and they mean something different to your team and they can change a game the way he did tonight.

“One-twos, playing with composure, playing off both feet, end product.

“This is his first game by the way in the tournament and he comes in and plays the way he did today and creates moments. It shows you the talent that’s there.”

Frank Lampard echoed Ferdinand’s praise: “I think there’s a natural balance and acceleration in him, and movement,” he said. “This is not the norm.

“And fortunately for England now in our squad we have a few players like this, these incredible talents in attacking areas.

“But he completely vindicates Gareth’s decision to play him today, because of what he brought. He wanted a bit of something more direct, he wanted a right footer, he wanted someone off the side.

“As Rio says, the maturity for a young kid to come in and show it in a game of this level says a lot about his mentality as well. We’ve got a special player coming to the Premier League.”