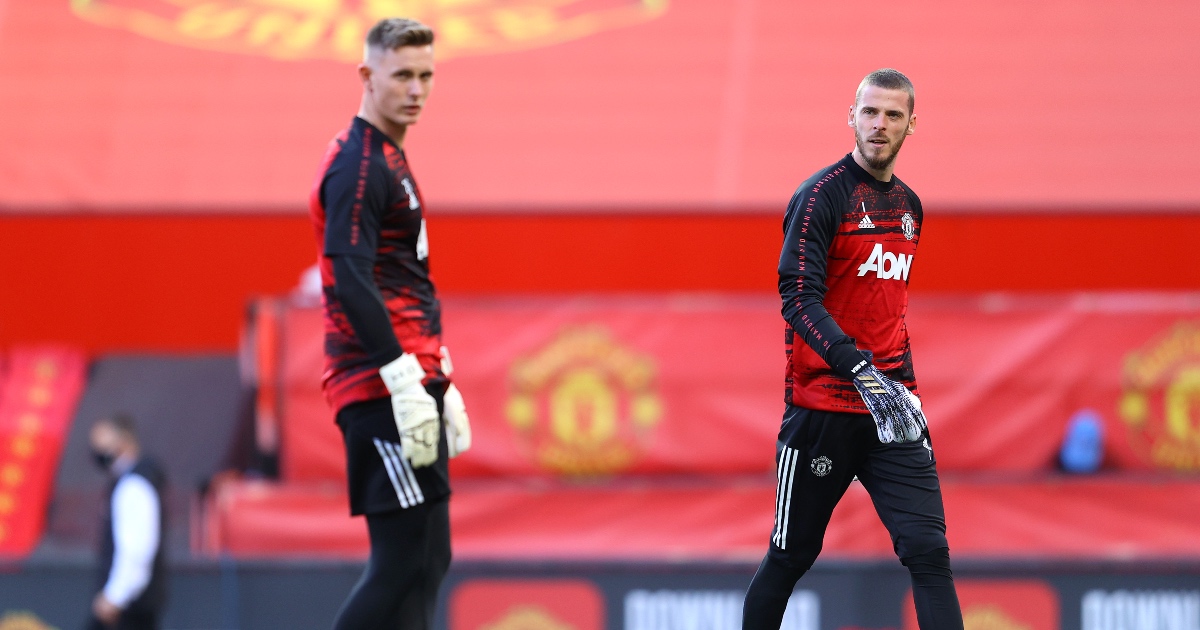 The two talented shot-stoppers are vying for a place in Ole Gunnar Solskjaer’s starting lineup.

De Gea has played in most of Man Utd’s Premier League games this term, keeping nine clean sheets in 24 appearances.

OPINION: On Fulham, substitutions, and 13 minutes to change everything

However, he missed three games in March following the birth of his baby daughter.

That’s allowed Henderson to play in his absence. The Englishman has impressed too, conceding just one goal in four league appearances.

Despite the return of De Gea for this weekend, Henderson started in Sunday’s 2-1 victory over Brighton.

Former Man Utd striker Danny Welbeck managed to score past the 24-year-old, but that was only after Henderson had pulled off a fine save to deny him first time around.

Solskjaer is now in an interesting position for the remainder of the campaign.

De Gea is a proven performer in the top flight and will certainly pull off some great saves.

However, Henderson is intent on becoming Man Utd number one in the future and his performances prove that.

Speaking about De Gea’s situation, Ferdinand told BT Sport (via Goal): “You’ve got two options: you fight for your position or you say, ‘that’s me done, I’m off and I’ll go somewhere else’.

“If Dean Henderson finishes the season as number one, I don’t see De Gea staying there, no chance. I think he’ll go out now.

“His wages will be a determining factor but at the end of the day, two number ones doesn’t work.

“De Gea has been a mainstay in the team but Ole is maybe seeing things differently now.

“He’s put Henderson in front of him in the queue. Does De Gea accept that and stay? I don’t think so.

“Henderson has been waiting for this opportunity. Now the pressure is on him. Can he live up to the hype? I’m excited for him and looking forward to see what he can do.

“Solskjaer has seen something in him but he has to perform now. It’s okay being number one at Sheffield United, but it’s a different kettle of fish at Man Utd.”

“David will be supporting his team-mate but when he gets home, his pride and ego will be hurting, and if it’s not, he shouldn’t be here. He’s in the prime of his career and he wants to play every week.”

Real Madrid have long held an interest in the Spaniard. Juventus and Paris Saint-Germain could also come calling if De Gea decides to leave Old Trafford.