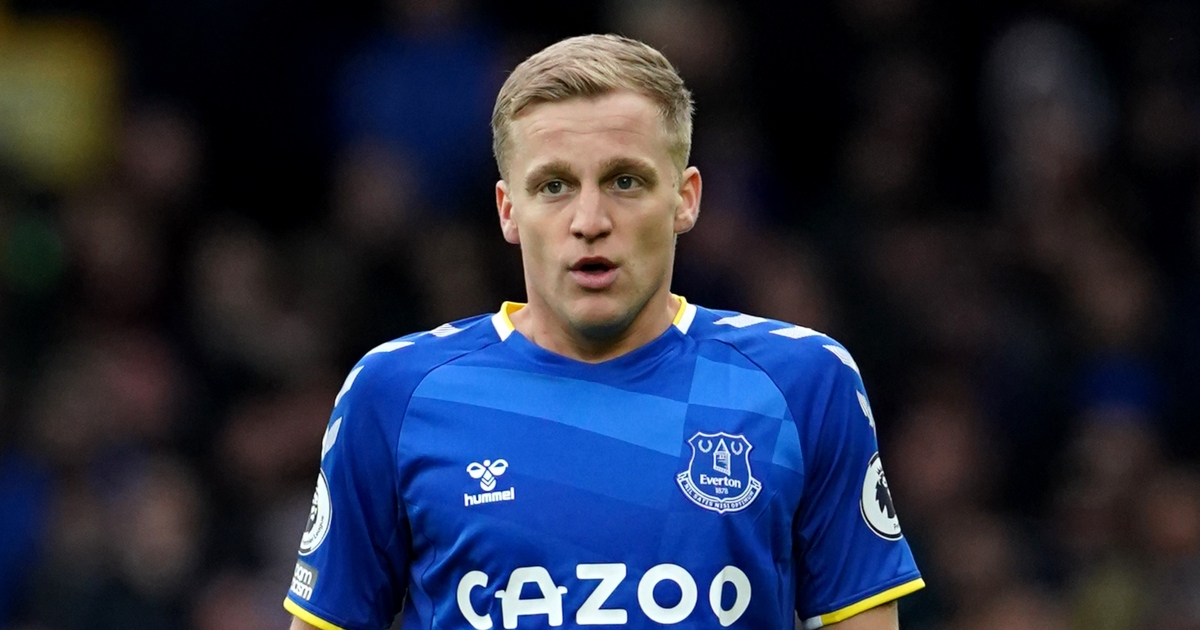 The midfielder moved to Goodison Park in January having struggled for game time ever since his switch from Ajax in the summer of 2020.

Van de Beek came off the bench in the defeat to Newcastle, but impressed from the start in the 3-0 win over Leeds.

And Ferdinand has revealed that sources at Everton have told him that Van de Beek has “lifted the levels” in training.

“I’ve been speaking to a few people at the club and they’ve said that he’s gone in there and lifted the levels, training-wise,” Ferdinand told Vibe with FIVE.

“[He’s a] great lad, first and foremost, but you can see. A lot of them are going, ‘Wow, he’s this good, they must be unbelievable at Manchester United if he can’t get in’.”

“I knew Donny as a player from the outside and I brought him here because of his talent in terms of his play, his intelligence and his work ethic,” said the Toffees manager.

“He’s a technical player but he matched the other players for work ethic. He gave us a sense of calm and he linked the play.

“He looked confident on the ball and that’s exactly what I brought him here to do.”

Ferdinand also spoke about the title race and claims Manchester City are in “total control”.

“Points-wise it’s not over, but I just believe that City look too comfortable in their games,” he said on his podcast.

“City look like they’re in total control all the time.

“There’s no topsy-turvey games or moments where you go ‘oh my god they’re on the ropes they’re going to get beat here’. They’re in cruise control.

“By the way, Pep Guardiola is doing this without a recognised striker in his team.

“He’s basically put his middle finger up to the whole league and all of the media who were doubting him at the beginning of the season and said ‘listen, have that and we’re going to win the league doing it as well’.”