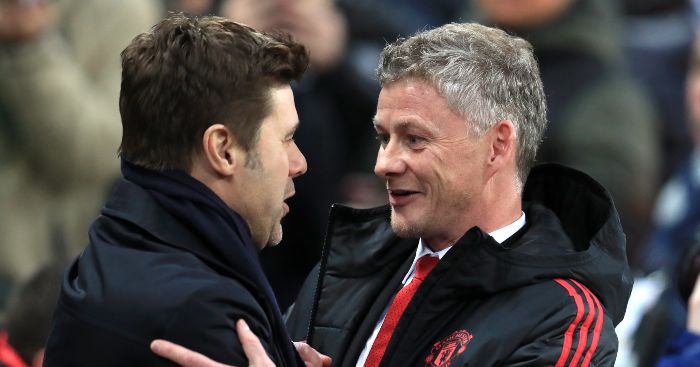 Rio Ferdinand is frustrated by the “disrespect” being shown to Ole Gunnar Solskjaer and claims Manchester United have had “no conversations” with Mauricio Pochettino over potentially replacing the Norwegian.

Losses to Arsenal and Istanbul Basaksehir ramped up the pressure on Solskjaer, relieved somewhat with a 3-1 win over Everton on Saturday.

But Pochettino has consistently been linked with United and some reports suggest the Argentinian has been approached amid Solskjaer’s continuing inconsistency at Old Trafford.

But Ferdinand claims it is all pure speculation and has it on good authority there has been nothing “like that going on”.

Speaking on his Instagram story, the United legend said: “It’s a bit disrespectful on Ole Gunnar Solskjaer, if I’m honest.

“People are touting that Pochettino has been spoken to and stuff.

Solskjaer used his post-match interview following victory over Everton to voice his frustrations at Premier League scheduling, which saw the fixture at Goodison Park played just three days after their Champions League defeat.

But Ferdinand suggested it was tactic to shift the narrative away from his own struggles, telling BT Sport : “This happens at top clubs. We’ve all been away in, say, Ukraine and then play away in Newcastle in a lunchtime kick-off.

“That’s part and parcel of it. I understand his frustration because we used to moan – you want the league to be a little bit lenient and say, ‘We’ll give you a little bit extra time’.

“But it wasn’t the case and you’ve got to get on with it.

“His frustrations lies in players getting injured, but also, he’s controlled the narrative during that interview.

“He’s talked about what he wanted to talk about and that’s something a lot of the top managers in the past have done.

“It takes away from maybe the other things that were going on before the game, but the result is the be all and end all and he got the result he needed.”