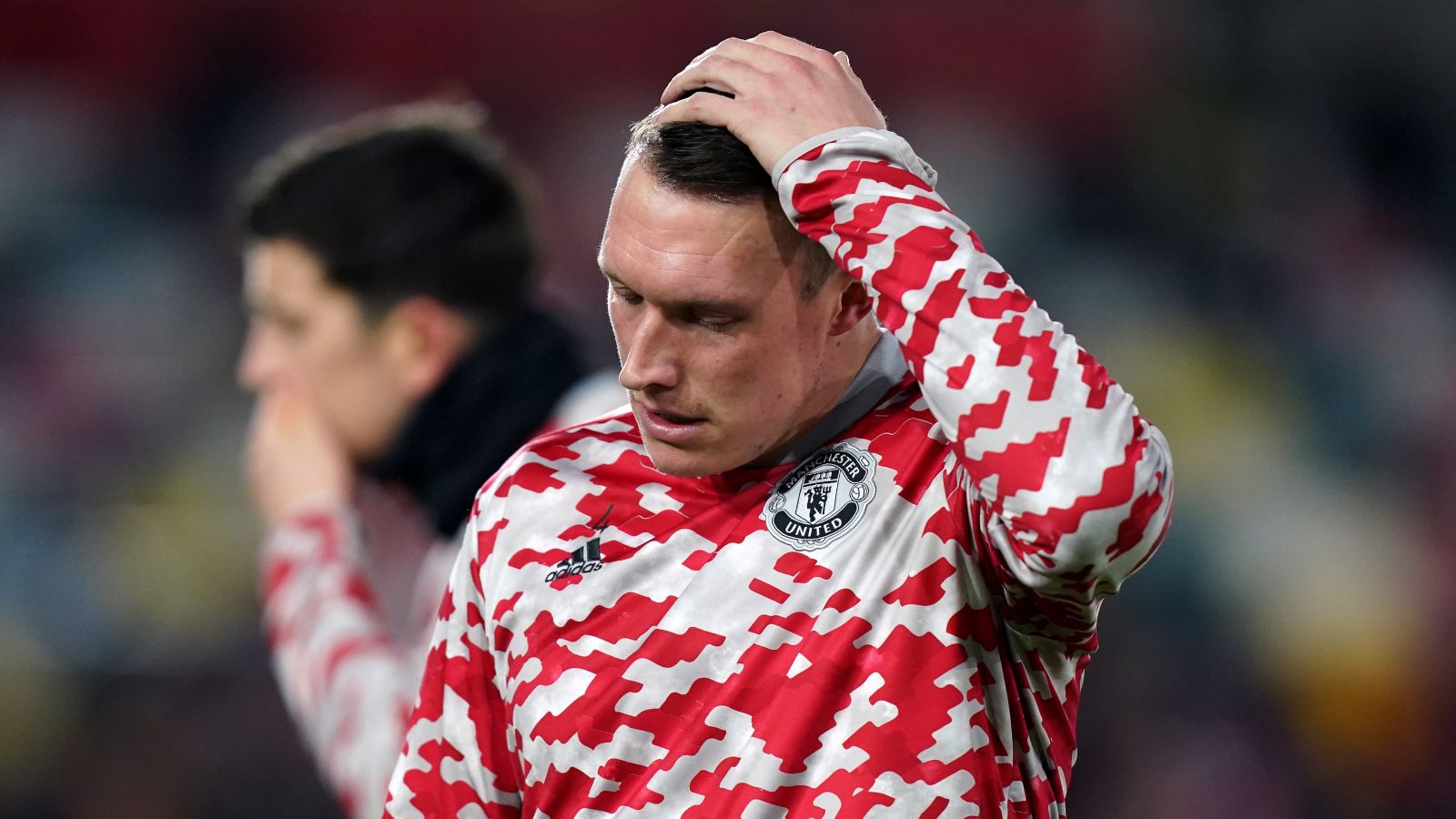 Rio Ferdinand says he hopes reports of Phil Jones being axed from the Manchester United dressing room are “not true” as it would be a “hard pill to swallow” for his former teammate.

A report on Sunday claimed new manager Erik ten Hag decided to demote Jones and four of his young teammates in order to accomodate new signings at Old Trafford.

Tyrell Malacia, Lisandro Martinez, Casemiro, Christian Eriksen, Antony and Martin Dubravka all arrived this summer as United spent around £220m – their largest outlay in a single transfer window ever.

The first-team dressing room at the Carrington training ground can only hold 24 players, meaning fringe players have reportedly been forced into the U23’s changing area.

Jones, who has made just two appearances for United in two years, is the most senior member of the squad to be shunned, and has been joined by Brandon Williams, Axel Tuanzebe, Tegen Mengi and Shola Shoretire.

Jones is in the final year of his cotnract and is well down the pecking order at United, but Ferdinand – who played with the 30-year-old between 2011 and 2014 – hopes the centre-back’s playing days aren’t behind him.

“Listen, I’ve got to be honest, I hope it’s not true,” Ferdinand told Vibe.

“If it is true, that’s Erik ten Hag laying it out and saying: ‘You’re not a part of my plans, moving forward you’re surplus to requirements’.

“But that’s the game man. If you’re not involved and you’re not part of the first-team going forward, why are you going to be taking up someone else’s space?

“There might be a young player who Ten Hag wants to come in and gain some experience in the dressing room.

“We have to wait and see but Phil Jones, if he’s still there but been demoted to the reserves, that’s a hard pill to swallow. He’s suffered some really horrific injuries so I just hope he stays fit and at some point he’ll be able to go out and play somewhere.”

Every Manchester United manager’s first transfer window and what happened next: Moyes, Mourinho…

Speaking in September last year, Phil Jones opened up over his injury “hell”.

Jones said: “I’ve been through hell and back over the last couple of years,” he told United’s website. “I struggled with my knee a little bit and (there) came a point after lockdown where I thought enough was enough.

“I kept myself in great shape over lockdown and came back. But I remember just training out here [at Carrington] and going into the doc and saying ”enough’s enough”.

“Thankfully, I see the light at the end of the tunnel now and I’ve been back training, played a few behind-closed-doors games and I’m feeling really good at the minute.

“I think as a footballer, as a person, as a human being, that’s the lowest I probably ever felt in my life. You try and get a balance between football and family life but it was so difficult going home and trying to look after the kids. You’re there, but you’re not there, you’re not present. It’s nice to get that balance back.”