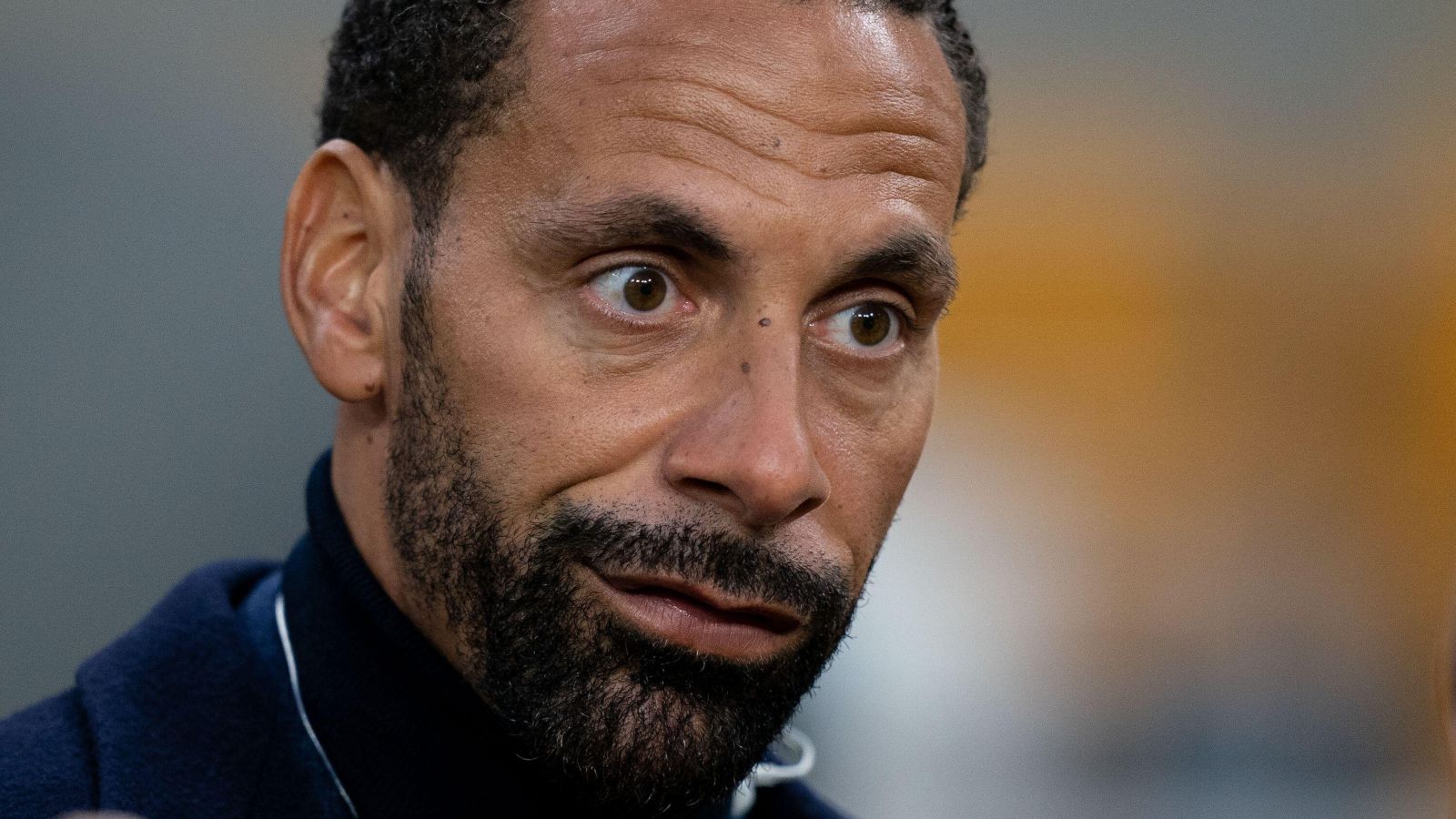 Rio Ferdinand says Kalvin Phillips would be a “brave man” if he swapped Leeds for Manchester United this summer.

Reports last week claimed Phillips was ‘planning to quit’ Leeds this summer, whether they stay in the top flight or are relegated to the Championship, with United among the clubs linked with a move for the England international.

MEDIAWATCH: Andreas Christensen is an ‘amateur’ who should ‘steel himself’? Stan Collymore should know better

But Ferdinand – who himself swapped Elland Road for Old Trafford in 2002 – has told the 26-year-old to turn down any approach from the Red Devils.

Speaking on his Vibe with Five podcast, Ferdinand said: “Kalvin Phillips, don’t go to Man United. This is the difference between me and him – he’s a Leeds boy.

“He can’t set foot back in Leeds, his family have to move out, if he goes to Man United. Trust me.

“I had the head of Yorkshire police ring me when I left for Man United and said, ‘don’t come back for a while’ and I was only there for 18 months.

“Kalvin is a top player, he ain’t going to Man United. If Kalvin Phillips goes to Man United, boy, he’s a brave man.”

But United will certainly be in the market for a midfielder or two this summer, as new boss Erik ten Hag considers options to bolster his squad.

And one of those linked is Barcelona star Frenkie de Jong, who worked under the Dutch boss at Ajax.

Asked for his opinion on De Jong, Ferdinand said: “I’ve always thought he was a top player. I watched him closely in the Champions League semi-final year, I got to see a lot of him as part of the BT team.

“[Man United] are a team who are looking for players who can control the ball and control the game and get the team functioning in terms of balance and possession, I think he would be a good addition.

“He’s not a player who scores loads of goals like Bruno Fernandes, but he’s more about dictating the game.

“He gives you much more other elements in the game that United need.”

“This season United are definitely losing Paul Pogba, Nemanja Matic, Juan Mata – so United do need reinforcements and I think he would be a fantastic signing if this deal goes ahead.

“His [De Jong’s] relationship with Ten Hag – he thrived under his management while he was at Ajax.

“For me he was the outstanding player in that team. He was integral in what they did. He’s been to a big club in Barcelona and done okay there.

“It’s hard to play under big expectations where you’ve got to win. He won’t have that pressure at Man United right now but he could be part of the rebuild under Ten Hag.

“It would be smart to bring in someone he knows and trusts and believes he can go on and do big things in a team he believes in.”