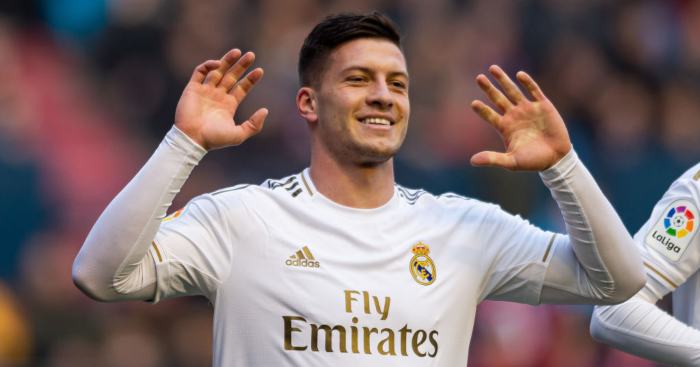 Rio Ferdinand has warned Arsenal against making a transfer bid for Real Madrid striker Luka Jovic as they need players in other positions.

The Daily Star claimed on Saturday that Mikel Arteta is a fan of Jovic and that Arsenal ‘will consider a move’ for him if the Spanish side ‘cut him loose’.

Jovic has struggled to make an impact since joining Real from Eintracht Frankfurt in a deal worth a reported £55m, with only two goals to show in 24 appearances.

Ferdinand told a live Q&A on Instagram: “He’s someone who’s done nothing in a Real Madrid shirt but the potential he showed when he was at Eintracht Frankfurt made him someone who was very highly thought of.

“But it doesn’t always go to plan when you go to a new team, so I wouldn’t hold it against him. I think he’s someone who can add something to Arsenal. But I don’t believe Arsenal need a player in that position.

“Arsenal need centre-halves, get Arsenal a centre-back. Come and ask me and I’ll find you the right centre-backs who can go there.

“They need centre-halves who can defend and who can actually play as well. I played against Arsenal teams with the likes of Sol Campbell, Tony Adams, Martin Keown, these are people who want to defend, who can defend one vs one.

“Talking of Jovic brought me to think, ‘why are you getting linked to these types of players?’.

“Really you’re meant to be looking at centre-halves, they should’ve been looking there for the last 10 years and they haven’t got it right.

“Arsenal is a fantastic football club, what a club, a massive club. I think they’ve got to get it right in other areas of the pitch.

“Keep bringing in these [players], [Gabriel] Martinelli, [Bukayo] Saka, [Joe] Willock, all these boys, I love seeing that but they’ve got to get stability and strength in there, some people who will do good for the club, because it hasn’t worked with the likes of Sokratis and Mustafi, I don’t think they haven’t been able to get it right, and Chambers before that.”