Home F365 Says Why Rio is wrong about Newcastle fans, and why it matters 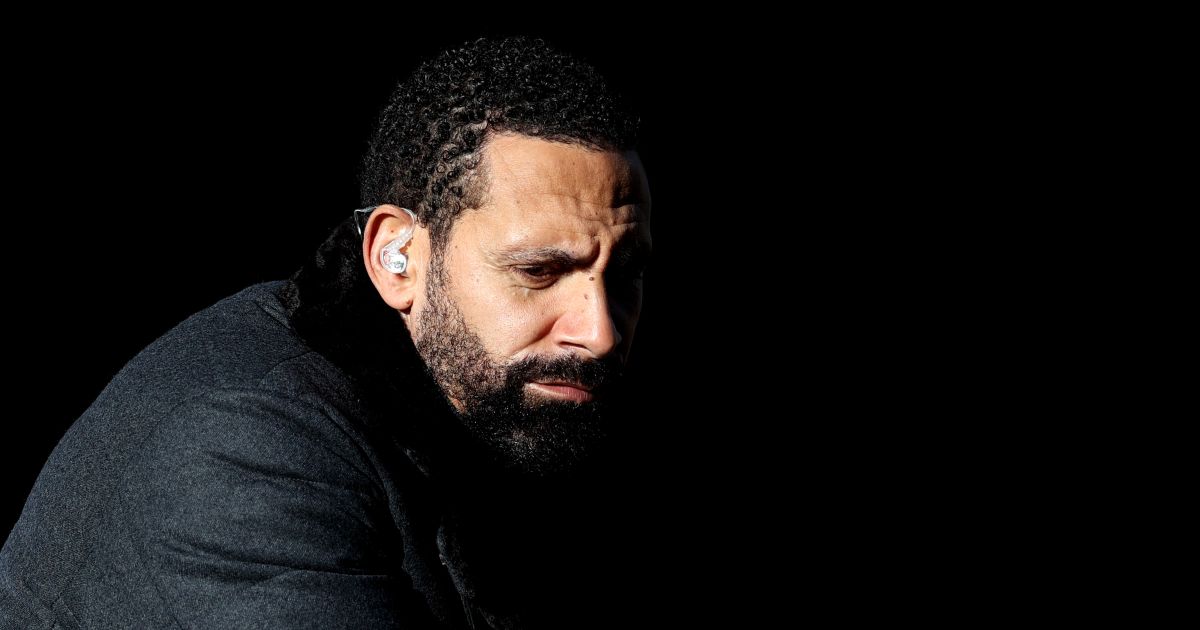 Newcastle fans have no right to criticise Mike Ashley unless they themselves buy the club off him. Rio Ferdinand knows that’s a load of balls and that really does matter.

Rio Ferdinand’s preposterous attack on Newcastle fans in his latest YouTube show has a lot of problems, and we’ll get to them all. The idea that you can only criticise the owner of a football club – and by extension anyone doing anything – if you yourself are ready and willing to do it yourself, for instance. We’ll definitely come back to that one. The fact that Ferdinand addresses the club’s failure to bring any talent of note through the academy in recent years, despite having a large area with a proven history of talent to pick from, yet doesn’t make any link between that and the man running the club for 14 years. Also worth coming back to.

But the main thrust of the problem is in those three words. “It’s his club.” He’s put his money in, so he can do what he wants and Newcastle fans – who apparently have no claim on the club unless they “round their money up” and buy it off him – just have to lump it. It’s an absurd position, and worse it’s one that Rio himself doesn’t really believe.

We know that because he also once said this.

“I just hope the club’s owners realise that the way they have run the club and the managerial changes they have made at a rapid rate is not how United works.”

It’s the Glazers’ club, Rio. Unless you’re planning to get the money together to buy it off them, you just need to pipe down mate.

Anyway. Back to Newcastle, and this is what Rio said.

“Whether the Geordies don’t like it… a lot of them hate him and don’t like him but… round your money up and take over the club then.”

It’s an absurd position, equivalent to suggesting one cannot criticise, say, a dangerously lazy and unarsed Prime Minister unless one is planning to run for the office. Or that watching Davinson Sanchez attempt to protect a 1-0 lead can only give you wind if you yourself are a better centre-back than he is (Rio would be alright on this one, to be fair, but in general this rule he’s promoting here would greatly shorten his YouTube videos and therefore does in a roundabout way have something going for it).

Ferdinand’s whole position is wildly confused and conflicted, of course. This is made clear by the fact he then goes on to criticise the club’s failure to develop academy players.

“Why have they not nurtured more more players into that first team? I don’t get it.”

So… maybe Newcastle fans do have a point about how the club is run? Sounds to me almost like Rio is criticising the academy structures at the club, in which case I can only assume he’s planning to round his money up and take over the running of the thing himself given we’ve established this is now how things work.

Really, we’ve already given too much attention to a hot take from a former footballer, but it is incredibly annoying and disingenuous. He is basically telling Newcastle fans to shut up unless they’re going to do something about it, in the middle of a video of himself talking about stuff and not doing anything about it for 75 minutes.

And it does matter. The idea that Ashley or any other owner of any other football club and do what they want – “It’s his club” – must never go unchallenged. Owners come and (eventually, Newcastle fans, we promise) go; it’s the supporters who are the constant. Ferdinand, of course, knows this. Elsewhere in the video – which we can’t stress enough is over an hour and a quarter long – he tells Harry Kane he needs to leave Spurs. When Manchester United are suggested as a possible destination, Ferdinand says “I’d love him to come to my club.” Don’t think you’re the owner of Manchester United, Rio. It’s not your club.

That’s what grates, though. Ferdinand knows it’s not as simple as “It’s the owner’s club, he can do what he likes”. He knows that football clubs are not normal businesses and football fans not normal customers. In the same (75-minute) video he shows this again and again. Literally moments after telling Newcastle fans to shut their mouths he’s reminiscing about how amazing it was to play in front of them at St James’ Park, about how incredible the support they gave their team was even when getting well beaten.

This all makes it worse. The problem isn’t that Ferdinand doesn’t understand football fans; the problem is that he does and in this instance he just doesn’t care. The cognitive dissonance that requires him to tell Newcastle fans to keep quiet while he himself (quite justifiably and understandably) is able to criticise the Glazers is matched only by the way he sees no conflict between his praise of Newcastle’s fanbase for its fanatical and unstinting support of the team yet finding their similarly persistent and consistent despair at Ashley to be unacceptable.