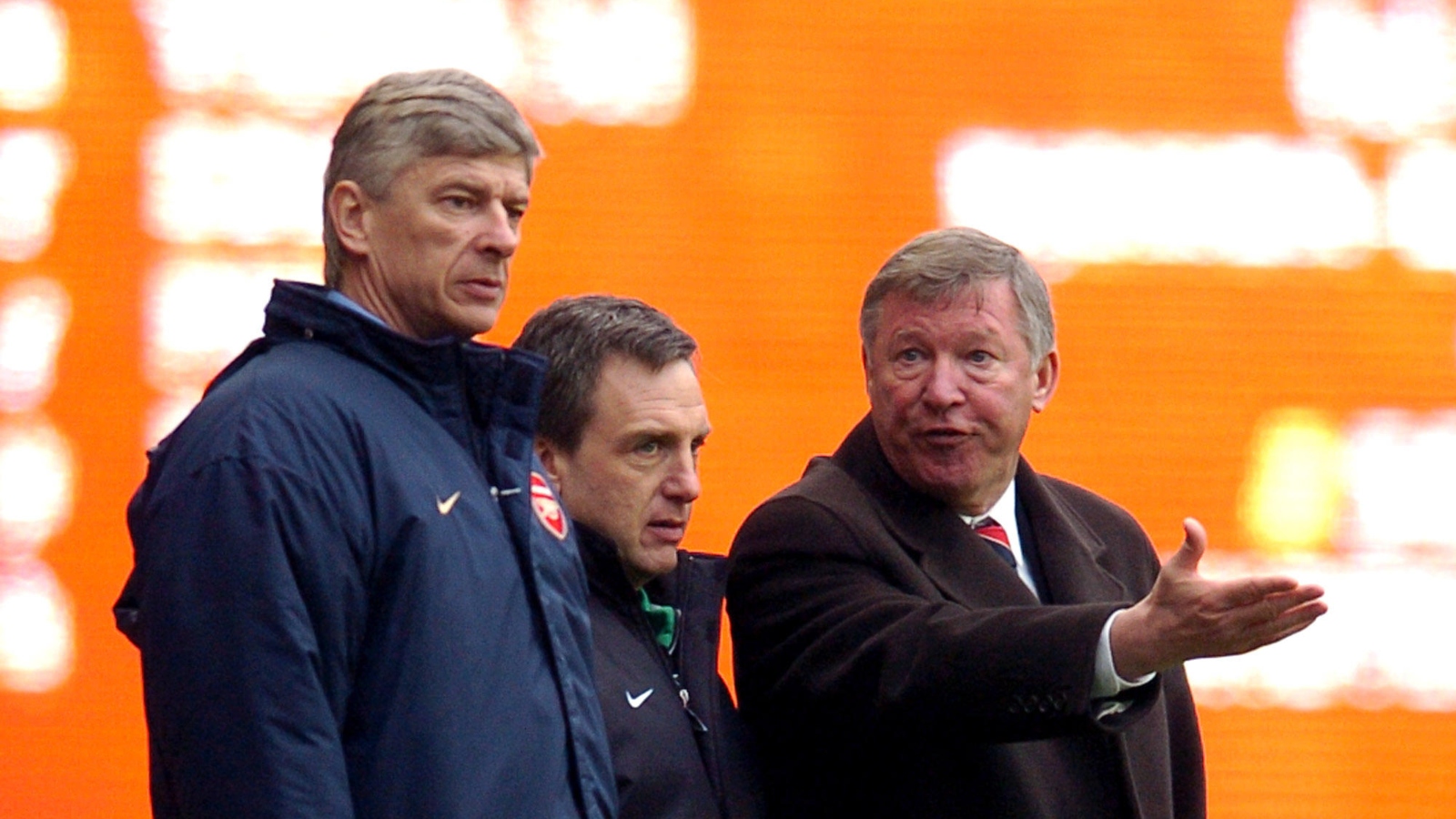 Rio Ferdinand says Sir Alex Ferguson referred to Arsenal as “babies” at the height of their rivalry with Manchester United and recalled the legendary manager’s “most iconic” team talk against Liverpool.

United were involved in some memorable battles with Arsenal in Ferguson’s reign at the club, and Ferdinand – who played under the United boss for over a decade at Old Trafford – has explained how Fergie used to belittle Arsene Wenger’s side before games.

MAILBOX: Eddie Howe has Newcastle exactly where they should be right now…

Ferdinand recalled: “Sir Alex Ferguson used to say, ‘get in their faces. They don’t like it, they can’t deal with it. They’re babies.

“’Get right up against them and you’ll win this game. Rio, you’ll overrun them, you’ll overpower them.’”

In discussion with William Hill’s Stripped Podcast, Ferdinand later revealed that Ferguson’s “most iconic team talk” came ahead of a clash with Liverpool at Anfield.

Ferdinand added: “The most iconic team talk Sir Alex ever gave was when we played Liverpool at Anfield.

“He said: ‘I don’t need to talk to you, really. It’s the worst Liverpool team I’ve ever seen on a team sheet’. That was it. We won that day.”

A second United stalwart in that period, Paul Scholes, revealed to a third, Gary Neville, on The Overlap, that his “most important” goal for the club was a “miskick”.

Scholes was renowned for his long range strikes and plumped for his spectacular volley against Aston Villa in 2006, before being asked about his goal against Barcelona which sealed the club’s place in the 2008 Champions League final.

The midfielder came onto a loose ball at Old Trafford, took one touch and then smashed it into the top corner to take them to the final in Moscow, where they beat Chelsea on penalties.

“If you’re trying to hit it that way with a bit of fade, it should go outside the post and then in the corner really.

“I was thinking of just hitting the target to be honest with you. When it goes towards the keeper and that way [swerving to the right], you don’t mean that, no chance.”

Neville then asked Scholes to at least concede it was his most important goal for the Red Devils.

“It was the most important, yeah,” Scholes admitted.