Home Arsenal Rioch: Wenger should get to choose when he leaves 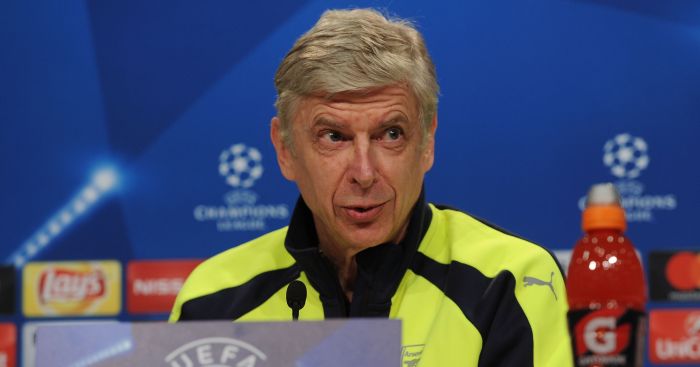 Arsene Wenger has earned the right to leave Arsenal on his own terms, according to his managerial predecessor Bruce Rioch.

Wenger steered the Gunners into the semi-finals of the FA Cup on Saturday evening as they brushed aside non-League Lincoln 5-0 at the Emirates Stadium.

But Wenger has come under mounting pressure in recent weeks as Arsenal have slipped outside the top four in the Premier League.

They also crashed out of the Champions League in humiliating fashion, losing 10-2 on aggregate to Bayern Munich.

Some Arsenal fans have protested that Wenger should be replaced, and the manager has admitted that the opinion of supporters will have a bearing on whether he signs a new contract.

But Rioch, who managed Arsenal in the 1995-96 season prior to Wenger’s appointment, believes the Frenchman should be shown respect for his loyalty over the past two decades.

“People talk about loyalty in life and how important it should be,” Rioch told BBC Radio 5 live’s Sportsweek programme.

“I accept he’s been paid well, but the loyalty of 21 years should mean something.

“He loves the club like a supporter loves their football club. It’s ingrained in him and what’s happened over the last few months will have hurt him.

“He has earned the right, with the board of directors, to decide when he should leave the football club.”